Executive Dean of DCU Institute of Education, Dr. Anne Looney facilitated an Alumni reception for the Abu Dhabi International Chapter on 2nd May 2019.

The event was hosted by the Embassy of Ireland Abu Dhabi Ambassador, Aidan Cronin. It connected with the many Alumni living and working in the region. 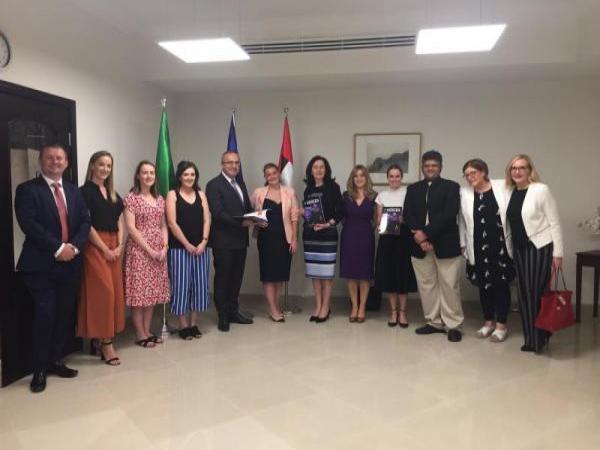 The Alumni Office hosted a gathering of DCU Alumni for a drinks reception at the Embassy of Ireland on 27th September, 2018.

Following the reception, the DCU Brexit Institute held a special event in cooperation with, the Irish Embassy in Berlin. The event, which was opened by Mr. Michael Collins, Ambassador of Ireland to Germany, focused on “Brexit and the Future of European Foreign Policy”.

It featured the Keynote Address by Norbert Rottgen, the Chairman of the Bundestag Foreign Affairs Committee. This was followed by a panel discussion featuring Katharina Gnath, from the Bertelsmann Stiftung; Jana Puglierin, from the German Council on Foreign Relations; and professor Federico Fabbrini, Director of the DCU Brexit Institute.

The discussion was moderated by Jochen Bittner, from the newspaper Die Zeit. 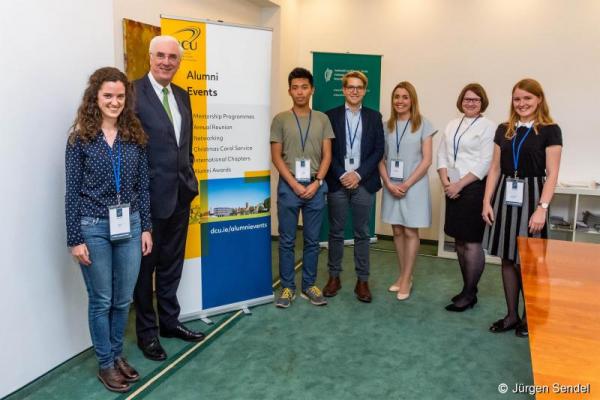 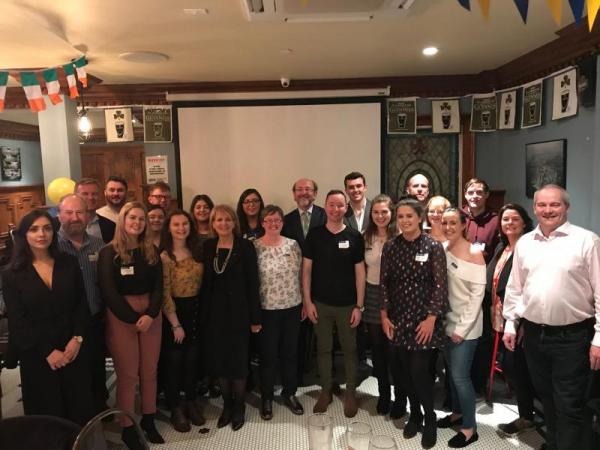 On 17th March 2019, the Paris International Chapter marched in the Irish in France St. Patrick’s Day parade, alongside Director of Alumni Relations, Ross Munnelly and the Alumni France Chapter Ambassador. 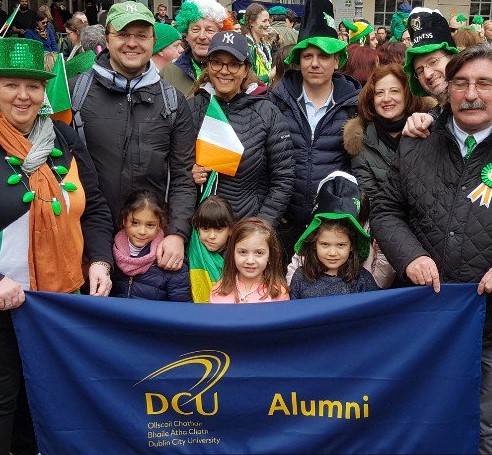 Attendees were updated on the news and events of Dublin City University.

The San Francisco International Chapter hosted a reception on 11th March 2019, held in the Consulate of Ireland. DCU President Professor Brian McCraith was also in attendance at this event. Both the Consul, Robert O’Driscoll and Vice Consul, Michael Treacy are DCU graduates.

Lorraine recalled the passion of DCU lecturers as a strong memory from her student days, where she graduated with a BA in International Marketing and Languages (1992).

In 2018, Lorraine became the second ever female recipient of the Cannes Lions Creative Marketer of the Year, an award which recognises a brand that has demonstrated a belief and investment in creativity over the years.

Lorraine was recognised by DCU earlier this year with an Outstanding Alumni Achievement Award for Equality, Diversity and Inclusion. Whilst Lorraine was unable to collect the award in person, attendees enjoyed a video message from Lorraine accepting the award.

This event in Silicon Valley gave Professor Brian MacCraith an opportunity to present the award to Lorraine in person on behalf of DCU, in front of an audience of alumni and friends of the university.

On the 14th March 2019, the Washington D.C. Chapter held an Alumni Breakfast in the Northwest area. It was attended by DCU Deputy President, Professor Daire Keogh.

The Chapter caught up with attendees of all different backgrounds, ages, and professions - a testament to the reach of a DCU education. It was great to be reminded of the atmosphere on campus and the American alumni shared details of the warm welcome (and wet weather) that greeted them when studying in Ireland.

We look forward to hosting more fun gatherings in the future.

If you are interested in getting involved or would like to set up a new International Chapter, email alumni@dcu.ie for more information!