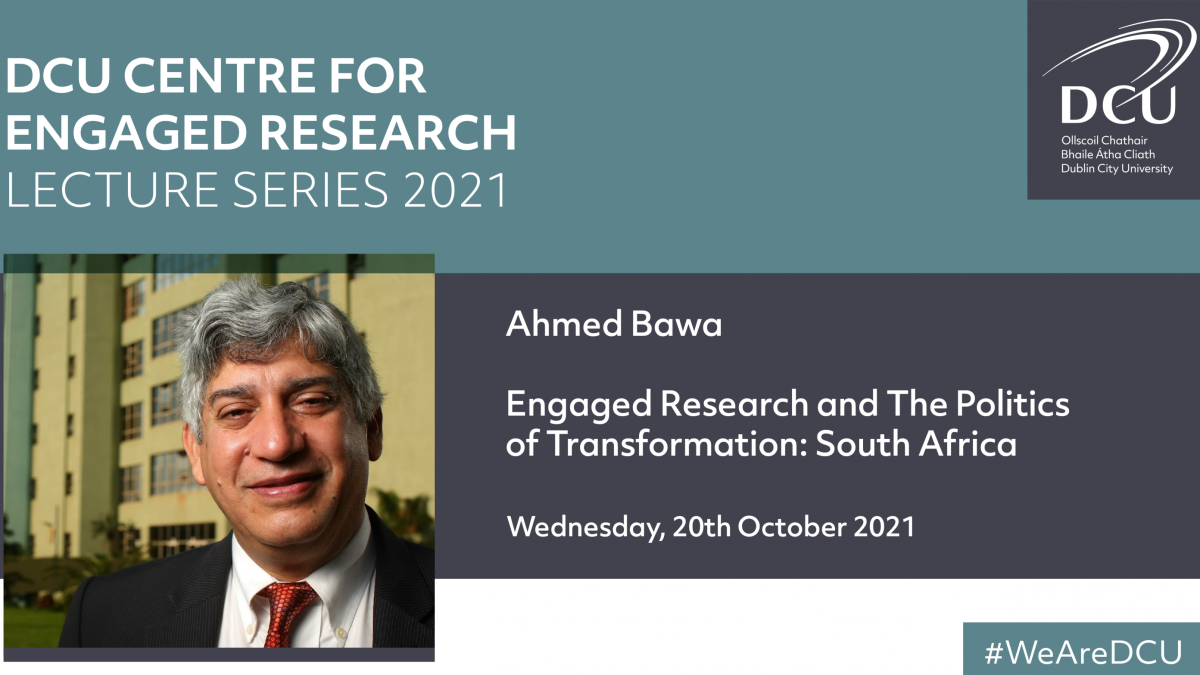 The CER Autumn Lecture Series continues on October 20th with Professor Ahmed Bawa, the CEO of Universities South Africa delivering a lecture on 'Engaged Research and The Politics of Transformation: South Africa.'

Ahmed Bawa is a theoretical physicist. He currently holds the position of Chief Executive Officer of Universities South Africa (USAf). Until the end of April 2016, he was Vice-Chancellor and Principal of Durban University of Technology. Until August 2010 he was a faculty member at Hunter College in the City University of New York where he was a member of Department of Physics and Astronomy. He was also a member of the doctoral faculty at the Graduate Center, also of the City University of New York. During this period he was also Associate Provost for Curriculum Development at Hunter College. He had previously, for about nine years, held the position of Deputy Vice-Chancellor at the University of Natal and then at the University of KwaZulu-Natal. He has served as the Program Officer for Higher Education in Africa with the Ford Foundation and during this time led and coordinated the Foundation’s African Higher Education Initiative. He worked closely with the Association of African Universities, the Council for the Development of Social Research in Africa and so on.

He served on a number of policy development teams in the post-1994 period and was an inaugural member of the National Advisory Council on Innovation till 2002. He is a Fellow of the Royal Society of South Africa as well as the Academy of Science of South Africa of which he was one of the inaugural vice-presidents. His current research interests lie in the area of the relationships of higher education, science and society.

The main mission of engaged research is to be collaborative and change oriented, positioning the community as a full participant in shaping the research question, analysing the data and developing effective knowledge dissemination strategies. It seeks to empower communities and local stakeholders through knowledge and to promote democratic values for positive social transformation. Engaged research is also a key element in the impact agenda of the engaged university.