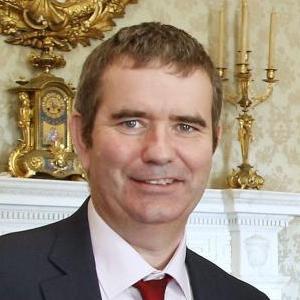 Professor Derek Hand is the Head of School of English, DCU. He was Head of the Department of English in St Patrick's College where he taught from 2002. Before that he was an Assistant Lecturer in Department of Humanities, Dun Laoghaire Institute of Art, Design and Technology and an Assistant Lecturer in the Department of English, University College Dublin. He was awarded an IRC Government of Ireland Research Fellowship for 2008-2009. He has been awarded two Research Fellowships from St Patrick's College: One-Year Research Leave 2005-2006 and 2014-15. He is interested in Irish writing in general and has published articles on W.B. Yeats, Elizabeth Bowen, Colum McCann, Molly Keane, Benedict Kiely, Mary Lavin, and William Trevor and on contemporary Irish fiction. The Liffey Press published his book John Banville: Exploring Fictions in 2002. He edited a special edition of the Irish University Review on John Banville in 2006 and co-edited a special edition of the Irish University Review on Benedict Kiely in 2008. His A History of the Irish Novel: 1665 to the present was published by Cambridge University Press in 2011 and has recently come out in paperback. He has lectured on Irish writing in the USA, Portugal, Sweden, Singapore, Brazil, Italy, Sweden, France and Malaysia.
Tweets by DCU