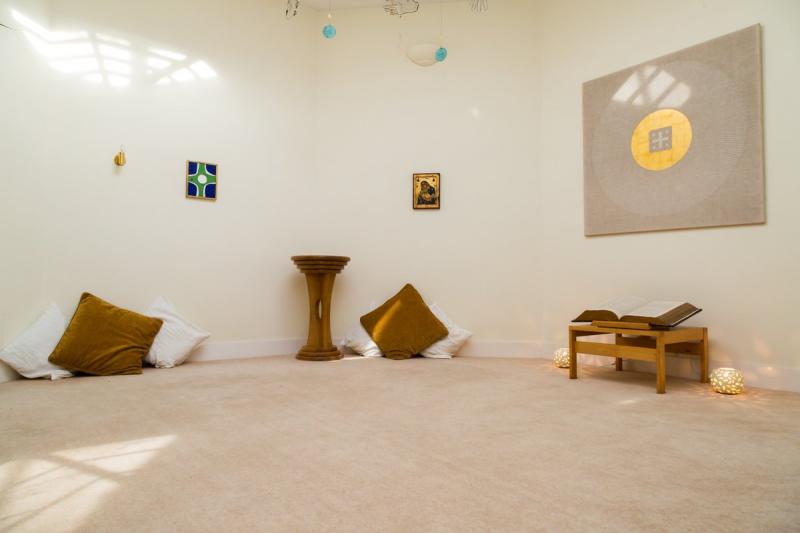 Founded in 1992, DCU Inter Faith Centre was Ireland’s first such centre, and it remains the country's only dedicated Inter Faith facility at third level.

Incorporating a chapel, Muslim prayer rooms, and a quiet room for meditation and reflection, the Inter Faith Centre manifests the desire of the Chaplaincy and of DCU as a whole to reflect and encourage the diversity of beliefs, traditions and cultures among staff, students and visitors to the campus. It runs regular masses every week and Jummah prayers for the Muslim community on Fridays.

Featuring a kitchen, social space and a lounge room, the Inter Faith Centre is also a place of daily hospitality for any who pass. It is host to a wide range of university, student and private events throughout the year, and is home to high quality acoustic and electric pianos for performance and practice. If you would like to enquire about the availability of the Inter Faith Centre for an event, please call 01 700 5419 or write to chaplaincy@dcu.ie 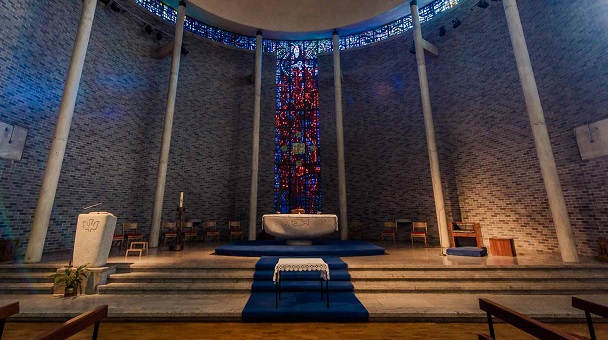 Built in the mid-1960s, Our Lady Seat of Wisdom Chapel was designed by Limerick architect Andrew Devane. Devane had studied under Frank Lloyd Wright in Chicago and Wright’s influence can be seen particularly in the interior columns of the church, which actually support the roof.

The chapel is host to Mass services every weekday morning at 8.15 as well as a special student Mass every Thursday afternoon during term time. In addition, it is the parish church for St Patrick’s National School (also on campus) and is where students receive instruction in the blessed sacraments of Confession, Communion and Confirmation.

Home to a pipe organ and piano, Our Lady Seat of Wisdom hosts events and celebrations throughout the year, the most prominent of which is the annual carol service every December. 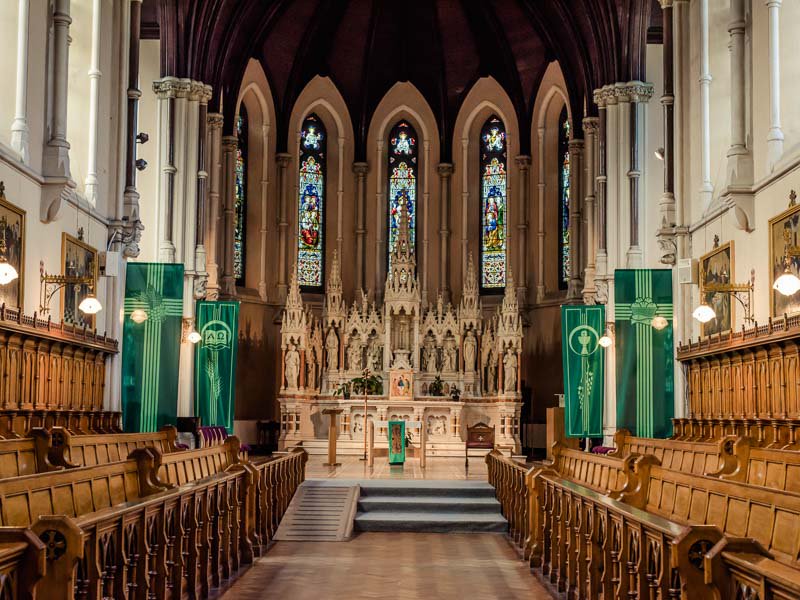 All Hallows was originally a private training college for Roman Catholic missionaries. Its original chapel was designed by Dublin architect James Joseph McCarthy.

Fire destroyed this chapel in the late 19th century, and a new one was built – largely in the Gothic style of the original – by George Ashlin, a noted ecclesiastical architect. The stained glass windows to the chapel’s south side are by Evie Home, whose work also features in the chapel of Eton College, Windsor.

All Hallows chapel holds a weekly mass every Wednesday afternoon during term time and, with its grand piano and pipe organ, hosts a great many concerts and recitals throughout the year. 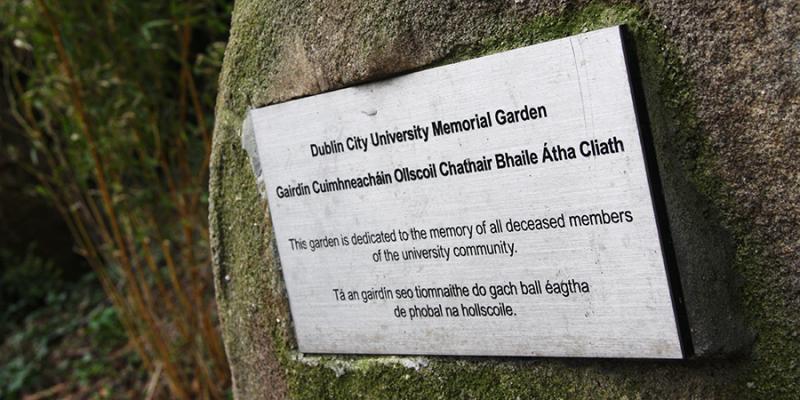 The memorial garden is situated a few metres west of the original Albert College building on the Glasnevin campus. It was established in 2007 and is dedicated to the memories of DCU staff and students, past and present. It is managed and attended to by people from across the university’s departments.

The names of deceased members of the DCU community are recorded in a Book of Remembrance, which is available from reception at the Inter Faith Centre. 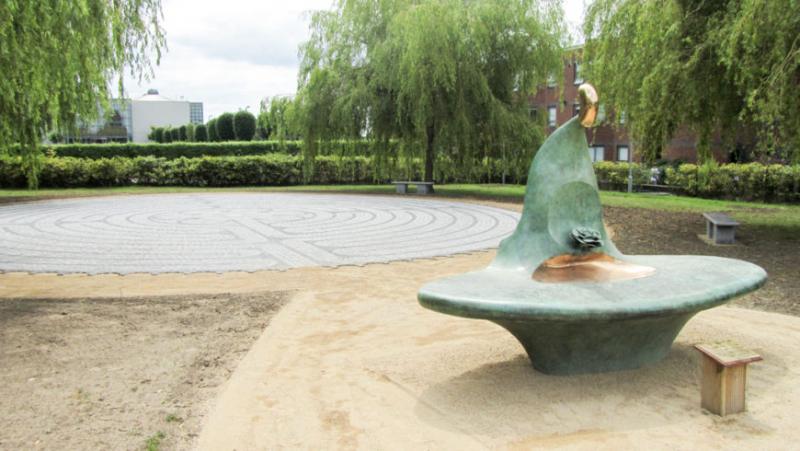 Situated right at the heart of the campus, the labyrinth is a physical space designed to aid reflection and self-centring. The act of placing one foot carefully before the other to reach the middle of the labyrinth, before retracing one’s steps to the perimeter again, slows the pace of life for a period and can help with clarity of thinking.

Labyrinths are ancient structures common across cultures from Europe to the Far East. This one is intended as a non-denominational aid to that most precarious of spiritual, mental and physical achievements: balance.