Tour of the Jewish Progressive Synagogue

On November 21, 2018, students from Dr Peter Admirand's World Religions module--and PhD candidates Gugun Gumilar and Marcellinus Osakwe--travelled to the Jewish Progressive Synagogue, founded in 1946 by members of the Irish Jewish Community. The students were first given a tour and talk on Judaism by community leader, Hilary Abrahamson. Hilary gave a tour de force narrative within narratives of the key stories of Genesis and Exodus, weaving in midrashic tales like why Moses had a stutter, and the Hebrew meaning of key names. She also explained the Jewish festivals and the lunar calendar. The highlight was when she opened the ark and revealed the Torah scrolls. The students crowded around her as she explained the fascinating (and tragic) history behind them.

The students then joined the larger public community for a lecture, sponsored by the Irish Council of Christians and Jews. Dr Julien von Reitzenstein is a historian from  Heinrich-Heine-University in Düsseldorf, Germany. He is an expert on the history of the SS. He first gave a detailed, thorough talk on the former Jewish owner of the Residence of the President of Germany, linking this example to Germany's special responsibility for Jewish Life, and what has become more controversial in some circles, Israel. In the Q and A, Dr Reitzenstein answered questions on the Shoah from every angle, incorporating specific names, dates, and places in his responses, especially on the complicated question: how much did the average German know what was happening to the Jewish people in Germany and beyond? 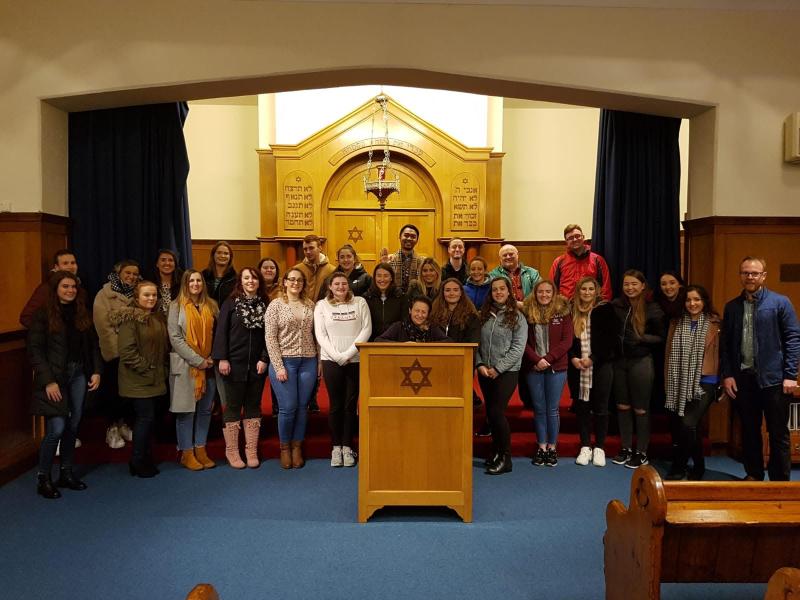 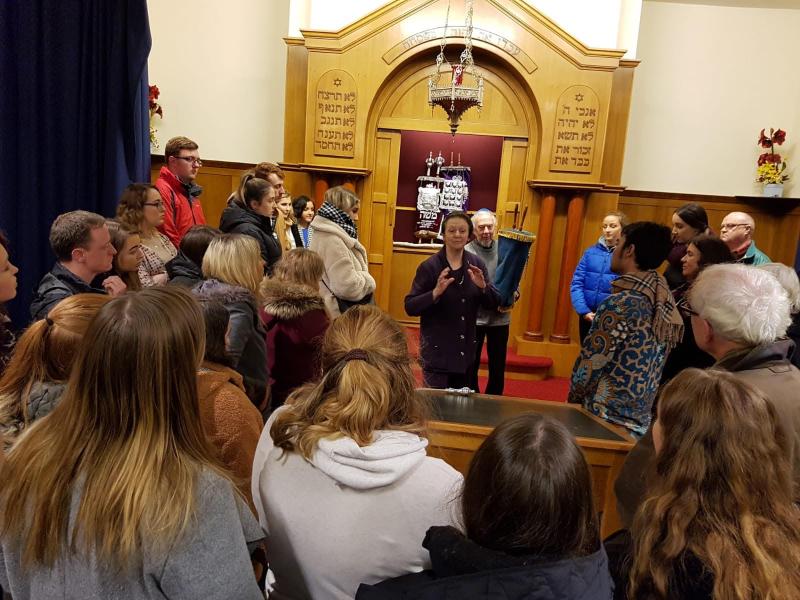 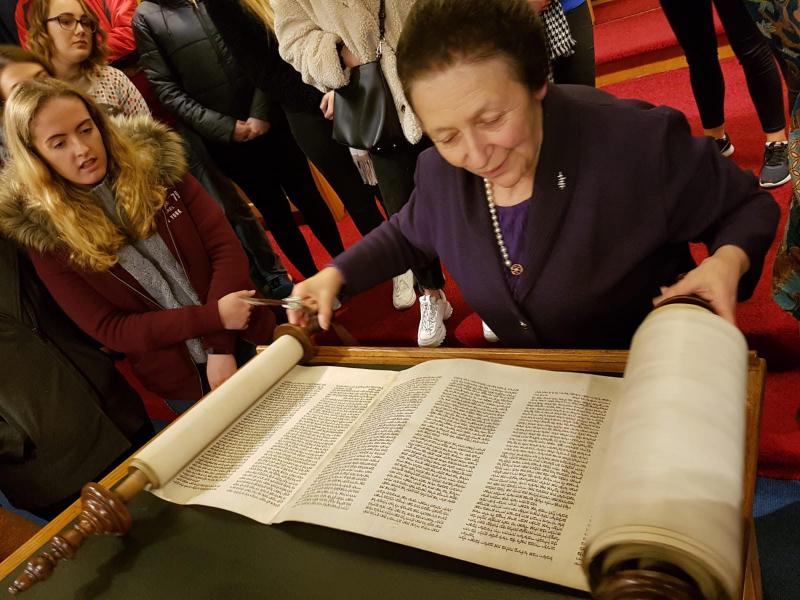 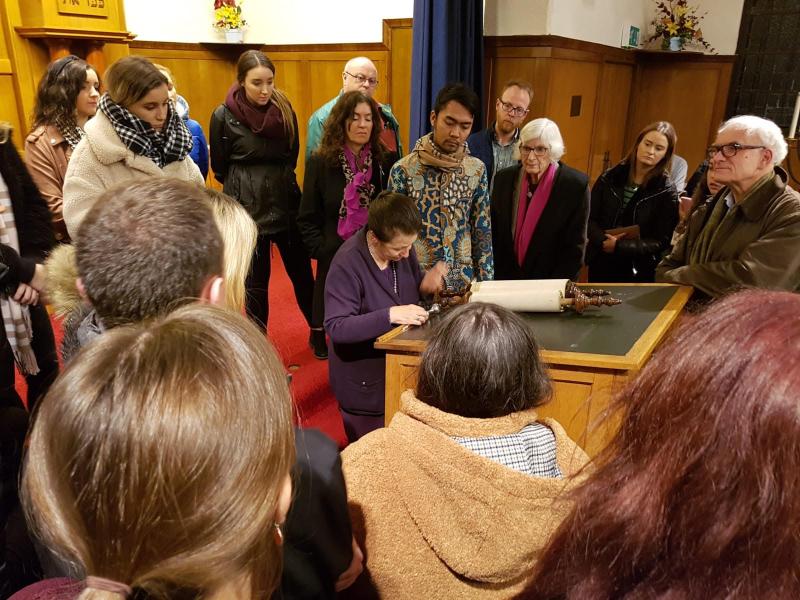