Professor Mary Boys will speak on: “A Revised Nostra Aetate for our Time.”

The Seminar is sponsored by the Irish Council of Christians and Jews and is part of Dublin City University’s Theology, Philosophy, and Religious Studies Research Seminar series.

Professor Boys’ talk will be delivered via ZOOM. 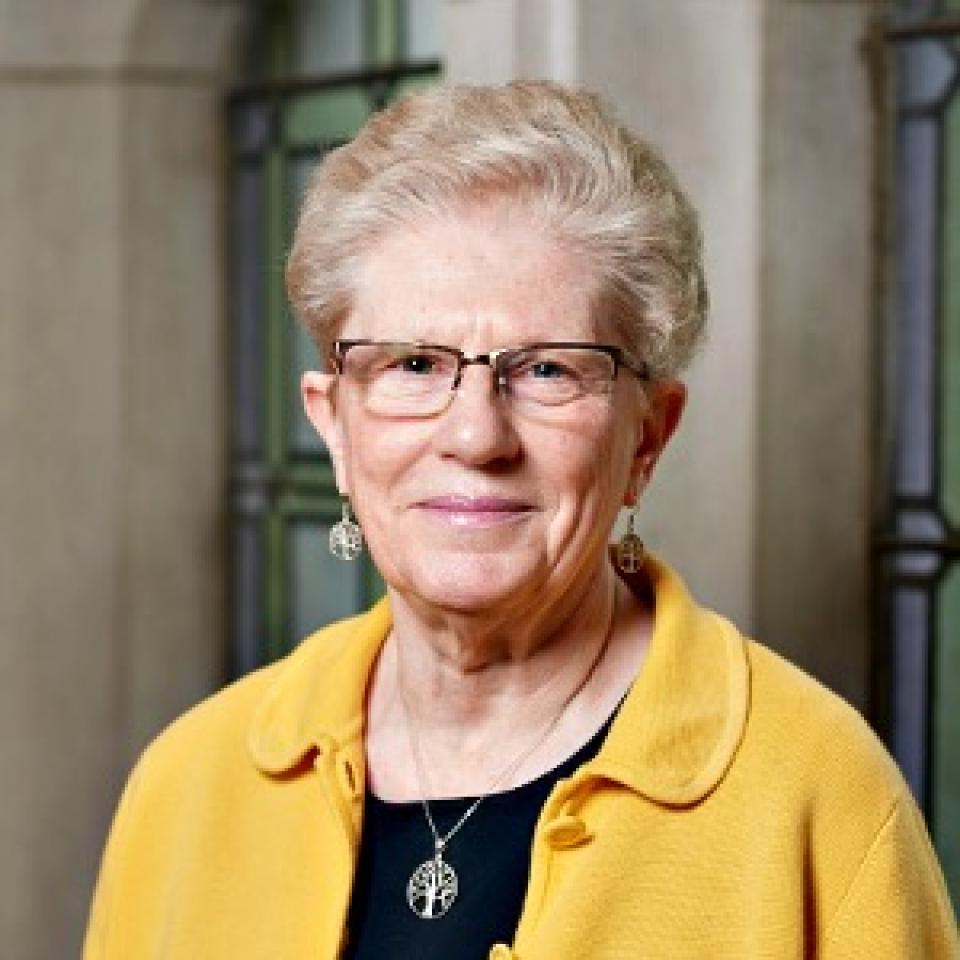 Mary Boys is Vice President of Academic Affairs and Dean Skinner and McAlpin Professor of Practical Theology at Union theological Seminary. She is the recipient of honorary doctorates from Hebrew College-Jewish Institute of Religion (2004), The Catholic Theological Union (2007), The Jewish Theological Seminary of America (2011) and Gratz College (2012). She was the recipient in 2005 of the Sternberg Award from the International Council of Christians and Jews, of the Eternal Light Award from St. Leo College in 2012, the Ann O’Hara Graf Memorial Award from the Catholic Theological Society of America in 2013, and of the Nostra Aetate Award from Seton Hill University in 2015.

Professor Boys has served as visiting Lecturer of Religious Education at Princeton Theological Seminary, Claremont School of Theology, John Carroll University, Villanova University, and St. Mary’s College (London, England). She has been a Lilly Research Fellow and was a Henry Luce III Fellow in Theology for 2005. She is a former member of the editorial boards of the Studies in Jewish-Christian Relations, and has also served on the editorial boards of The Journal of Religious Education (Australia), Teaching Theology and Religion, and Religious Education. With Professor Sara S. Lee, Boys served as co-director of the Lilly Endowment-sponsored “Religious Particularism and Pluralism” project that involved Jewish and Catholic educators and academics.

Professor Boys is a member of the Committee on Religion, Ethics, and the Holocaust at the U.S. Holocaust Memorial Museum in Washington, D.C., and the National Catholic Center for Holocaust Education at Seton Hill University. Formerly, she served on the board of the Catholic Theological Society of America and on the advisory committee for the Secretariat for Ecumenical and Interreligious Affairs of the United States Catholic Bishops.

Professor Boys is the author of six books: Biblical Interpretation in Religious Education (1980), Educating in Faith: Maps and Visions (1989); Jewish-Christian Dialogue: One Woman’s Experience (1997) Has God Only One Blessing? Judaism as a Source of Christian Self-Understanding (2000); Christians and Jews in Dialogue: Learning in the Presence of the Other (2006), co-authored with Sara S. Lee; and Redeeming our Sacred Story: The Death of Jesus and Relations between Jews and Christians. Her four edited books include Ministry and Education in Conversation (1981), Education for Citizenship and Discipleship (1989), Seeing Judaism Anew: A Sacred Obligation of Christians (2005) and the co-edited volume Christ Jesus and the Jewish People Today (2011).

Professor Boys has also published about a hundred articles in books and journals such as Concilium, Horizons, Religious Education, Biblical Theology Bulletin, Cross Currents, SIDIC, the Journal of Ecumenical Studies, Midstream, The Dictionary of Jewish-Christian Relations, and the Encyclopedia of Women and Religion in North America.

A Seattle native, Professor Boys has been a member since 1965 of the Sisters of the Holy Names of Jesus and Mary, a congregation of Roman Catholic women.