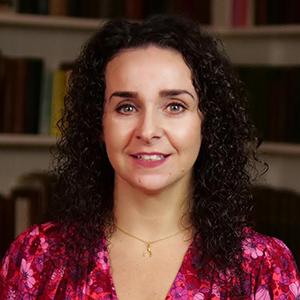 Since 2015 Seline has been lecturing in Social, Personal and Health Education (SPHE) and Wellbeing in DCU Institute of Education. Prior to this position, she taught for ten years in a variety of primary school types and settings. Her qualifications include a Bachelor of Education with History and specialism in Dance from Mary Immaculate College, Limerick (2006), a Master of Education in Aggression Studies from Trinity College Dublin (2009) and a Ph.D from Trinity College Dublin (2012).

She was awarded The Heffernan Bursary (Trinity College, 2009) and the INTO Bursary (2011) for her Ph.D research. Currently, Seline is the PI of three research projects:

Seline was the lead author on the research paper for the Relationships and Sexuality Education (RSE) review, commissioned by the NCCA. She was also recently appointed to the NCCA SPHE and RSE Development Group. Seline featured on an RTÉ Primetime episode on RSE and has recently updated the current gestation period RSE teaching resource for schools.
In addition to teaching on BEd and PME modules and tutoring students on School Placement, Seline is a Research Fellow of the National Anti-Bullying Research and Resource Centre (ABC). She also designs and delivers CPD courses for both primary and post-primary school teachers on bullying prevention and intervention.  In November 2020, Seline was invited to submit and present to the Joint Oireachtas Committee in Education, Further and Higher Education, Research, Innovation and Science with Dr. Angela Mazzone and Dr. Tijana Milosevic.
Seline’s other roles include:- Chairperson of The SPHE Network; Teaching and Learning Convenor for the School of Human Development; SPHE and Social Inclusion in Education Thematic Coordinator for the Educational Disadvantage Centre; Steering Committee of the Centre for Human Rights and Citizenship Education; Member of DCU Healthy Committee (Mental Health Working Group); Member and Reviewer for AERA; Member of ESAI; Member of the Irish Childhood Bereavement Network (ICBN); Reviewer for the Journal of Sexuality Education.
Her research interests include: Wellbeing; Bullying Prevention and Intervention; Media Education; Child Protection; Gender Equality; Relationships and Sexuality Education; Child Development; Children’s Rights, Mindfulness; SPHE Policy