Over five days, participants will engage in sessions that will incorporate screenings, workshop discussions and seminars. The Summer School will take place in two parts: June 16-18 (am) on the DCU main campus (Collins Ave., Invent Building, 4th floor) and June 18 (pm)-20 on the Mater Dei Campus (Clonliffe Rd).

In the first part, we will focus on exploring various aspects of the relationship between Literature and the Visual Arts, such as ekphrasis, film adaptation, graphic novels or opera. Special guests will be leading the discussions and workshops, starting with Dr Federico Pagello (QUB), author of several publications on film and popular literature. We will consider such issues as the ethics of film adaptation, digital poetry, and the language and auto- and hetero-representations of picture books and graphic novels, and we shall begin examining these issues in relation to Japan.

In the second part, Japan will be the main zone of exploration. We will be looking at the creative and intellectual imagination and reception of Japan across a range of representations from a plurality of cultural contexts. Sessions will focus on how Japan figures in the work of poets from the US, Ireland and Europe, while attention will also be given to other media. Japan will be considered as a compulsive phenomenon in the “western” imagination, a place (both imagined and real) that is fundamental to modern consciousness. Japan is a key site in world culture in its own right, but it has also made for a fundamental re-orientation in how everyone lives and thinks. Key texts, conceptions and misconceptions about or from Japan will be discussed. Professor Robin Gerster of Monash University will deliver a keynote lecture to the School at Mater Dei on the evening of June 18th.

Fees for the duration of the Summer School (incl. coffee breaks and lunches, but not The Japanese restaurant on Thursday) are the following:

- €150 for participants outside DCU/ SPD/MD, and €50 for unwaged participants
- €40 to DCU/SPD/MD staff and students.
To get further details, or book a place, email wordimagejapan@dcu.ie. 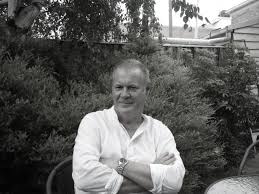 9.45-11 am: Dr Federico Pagello (QUB) on “The Reign of Adaptation: Film, Comics and Popular

11.30 am: Workshop (Imagology and Children’s Literature)

18 June
9.45 am: Dr Jeneen Naji (NUIM) on “Poetic Machines: an investigation into the impact of the characteristics of the digital apparatus on poetic expression”

Followed by a RECEPTION and BOOK LAUNCH of Thimblerig by Annette Skade.

7.00 pm: Dinner in a Japanese Restaurant (not included in fee).

20 June
9.30- 10.30 am: Dr Michelle O’Riordan (History/ICPS, MDI) on “To them the half-said thing was misunderstood”: Medieval Irish Poetry, Japanese Poetics?

Followed by group responses to a range of texts.