Spring arrives, flowers are beginning to blossom and the countryside wakes up from its slumber, it's a new season and a new stage in our project.

The TRACEUS platform will be ready in the next few days and our seniors will begin training with the online tools and will also begin to generate audiovisual documents, which will serve to share customs and life: "tastes, smells, colours and memories".
Let's go ahead with this new stage!

Recipe of the Month from Spain: Torrijas!

Where does the recipe come from, and why do we eat them at Easter? They are such a simple and logical
dessert that even if you didn't know them, you could invent them in 10 minutes. For this simple reason, they
are one of the oldest sweets on record: two very similar recipes appear in the book "De re coquinaria".

There is no special link between torrijas and Easter until the second half of the 19th century.

Torrijas are associated with difficult times and economic hardship, when the availability of a cheap and affordable element such as leftover bread made it possible to eat a sweet from time to time without spending too much. In fact, to prepare torrijas, it's ideal for the bread to be somewhat hard, two or three days old, and they are also made with sweet wine, because popular tradition tells us that torrijas represent the body and blood of Christ.

But it is not only in Spain that torrijas are eaten; other European countries also have their own version of the traditional torrija. In France they call their version pain perdu, or lost bread. In Great Britain and Germany they are called something similar, poor knights of Windsor and Arme Ritter respectively. The Portuguese know them as rabanadas, although they are more of a typical Christmas sweet. As you can see, torrijas are a very old and traditional sweet with as many versions as there are places where they are prepared. So choose the one you like best, because it is time for torrijas. 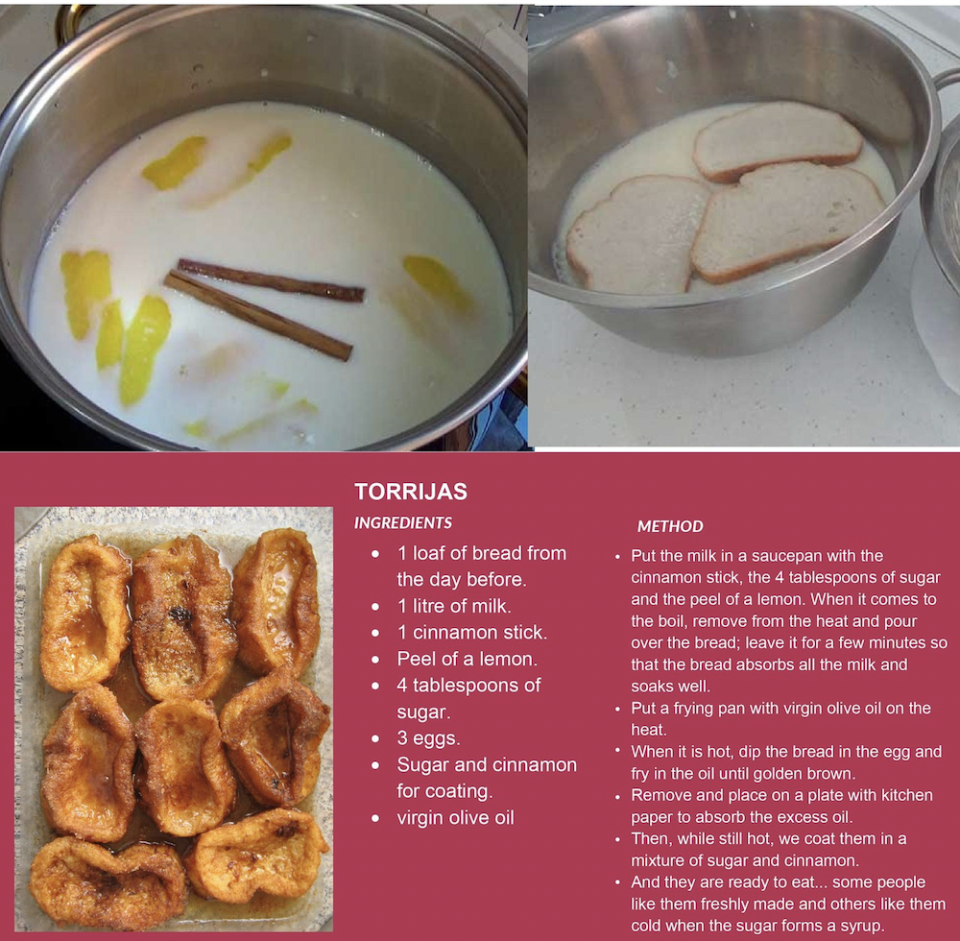