The Media History Collection was established by the School of Communications with support from the University Library in 2007.
The objective of the Collection is to, ‘identify, source and preserve the papers and records of selected media practitioners, politicians, communications practitioners, media institutions and interest groups so as to secure their availability to future generations of researchers’.
Since its establishment in 2007 the MHC Advisory Board has acquired over 30 collections – some of which are of unique national importance – including: Irish Times Photographic Archive; Advertising Association of Ireland; Kevin Kenny Advertising Ltd; National Union of Journalists (Minute Books); NearFM Archive (Community Radio); Press Photographers Association of Ireland (2009 onwards); Union of Students of Ireland; IMPACT Archive (IMPACT News & Work & Life).

The MHC also includes the personal papers of the following individuals: 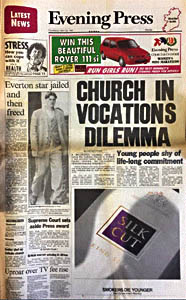 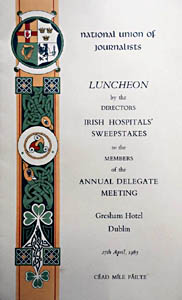 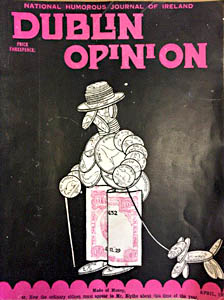