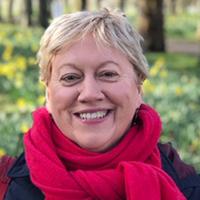 Professor Colleen Murrell researches international news gathering, crisis reporting, public service broadcasting, news production and digital and social media. She is currently writing a book on BBC foreign correspondence, and is the research lead for the Reuters Digital News Report (Ireland). She teaches audio visual broadcasting and international news and has won several prizes for her teaching and research, including an Australian national citation for teaching excellence and a Deakin University VC award for research. She joined DCU in January 2020 after previously working at Monash University, Deakin University and Swinburne University, where she remains an adjunct fellow. From 2021 Colleen will be an external examiner at Queens University, Belfast.
Professor Murrell holds a PhD in media and communications from the University of Melbourne and has held research fellowships at the London School of Economics (2015-16); The University of Oxford - Reuters Institute (2011) and City, University of London (2007). In her previous career she worked as a producer, reporter and news editor for a number of international broadcasters including the BBC, ITN, AP, TF1, CBC and ABC Australia. In these roles she travelled extensively in Europe, and the Middle East.
Colleen is the author of a range of scholarly publications, including the book 'Foreign Correspondents and International Newsgathering: The Role of Fixers' (2015: Routledge). She is currently under contract with Palgrave Macmillan for a monograph (publishing date 2022/3). She has successfully supervised a number of PhD and Masters by research students and has taught postgraduate research theory and methodology. She is on the editorial boards of the following journals: The Australian Journalism Review'; 'Ethical Space: The International Journal of Communication Ethics'; and 'The Journal of Applied Journalism and Media Studies.' Back in Australia she was also on the executive boards of the Journalism, Education and Research Association of Australia (JERAA) organisation, The Junction, national student journalism platform and was the executive editor of Swinburne University's journalism output 'The Standard.' Colleen was a judge for the UNAA Media Awards from 2008-17, and in 2020 was a judge for the Canadian 'Mindset Award for Workplace Mental Health Reporting' and the NewsBrands Ireland Journalism Awards (2020). Colleen speaks fluent French, basic Spanish, and has a rudimentary understanding of Italian and Arabic.