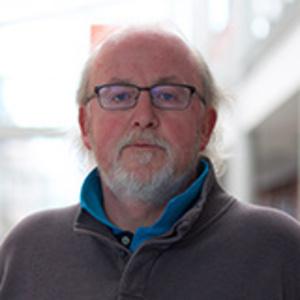 Paul McNamara lectures in journalism at Dublin City University's School of Communications, where he teaches modules at graduate and undergraduate level in news writing, news reporting, news editing and news design. He was chairperson of its BA in Journalism programme [1992-1996], served as Head of the School of Communications [1995-2000] and was a member of the university's Executive Committee [1997-2000]. He also served as the School's International Officer for many years. His past research interests included international journalism education, international relations and child abuse on the internet. He has authored or co-authored book chapters, co-authored international reports and edited or guest-edited academic and other journals. He has served as an external examiner/inspector at universities and third level institutions delivering journalism and communication programmes in Ireland, England, Scotland, Portugal, Spain, the Netherlands, Italy, Sweden, and the Czech Republic. He has delivered papers at international conferences and other events throughout Europe, in the USA and the Middle East. He was founding president of the European Journalism Training Association [1990-1992], its general secretary [1992-1993] and was one of the founders of the European Journalism Centre, Maastricht, where he served as a member of the board of directors [1992-1997]. Before joining DCU, he was a national newspaper journalist with Independent Newspapers, Ireland's largest media group, where he worked on the business section of the Irish Independent and in the news sections of the Evening Herald and Sunday Independent [1980-1987]. He holds degrees in English Language and Literature [University College Dublin] and Peace Studies [Trinity College Dublin].
Tweets by DCU