The feedback from the delegates has been overwhelmingly positive, and we are very grateful to all of the participants for making the HER2016 Workshop a success! Conference Programme and the Book of Abstracts are available below. Next year’s HER2017 Workshop will be hosted by the University of Hiroshima, Japan. 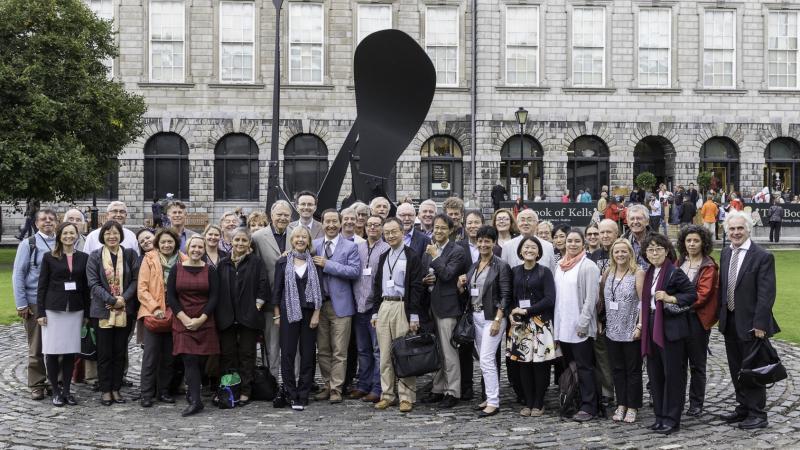 Walter Archer, University of Alberta and William Kops, University of Manitoba (Canada), The Ageing Population: An Impetus for Reform of the Community-Engaged University (pdf, 1,1MB)

Shinichi Yamamoto, J.F. Oberlin University (Japan), The Role of Higher Education and Its Institutional Management in an Aging Society: The Case of Japan, and Implications for Others (pdf, 2,54MB)

Jennifer Bruen and Niamh Klelly, Dublin City University (Ireland), The Impact of “Super-Diversity” on the Student Experience in Higher Education: Implications and Recommendations for an Enhanced Delivery of Modern Foreign Languages at Third Level (pdf, 400KB)

(in the order of speaking)

Pavel Zgaga is professor of the philosophy of education at the University of Ljubljana, Slovenia. His central research interest is focused primarily on contemporary transformations of higher education and analyses of higher education policies and reforms (particularly the Bologna Process). He also addresses broader questions linked with the role of knowledge and education in contemporary society. In these areas, he has written six monographs (one as a co-author), as well as publishing a number of individual chapters in monographs and articles in scholarly journals. He has served as the editor or co-editor of twelve monographs. In 2006, he received the Prize of the Republic of Slovenia in the Field of Education for his research work, and in 2007 he was awarded the Golden Plaque of the University of Ljubljana as well as an honorary doctorate from Umeå University, Sweden.

Mobility and Migration: Freedom and Threat?

Short Abstract: In the contemporary period, we have understood mobility in higher education increasingly as a value. Both in Europe – with the Bologna process in particular – and in the global context, mobility is one of the main policy ideas: this is noticeable, for example, in the competition of higher education institutions and national systems to attract as many foreign students and academic staff as possible. In the recent years, academic mobility and migration are not only desirable phenomena promoted by specific policies; they have begun to represent a danger and a threat. This shift requires a change in current policies. Moreover, the issue of security challenges the established meaning structure. The changes that we have witnessed in recent months, particularly in Europe, will have a significant impact on the practice of higher education institutions as well as on existing institutional, national and transnational policies. This contribution will explore the issue in more detail.

Presentation of the Keynote Speaker, Professor Pavel Zgaga can be viewed and downloaded here (pdf, 1,57MB) 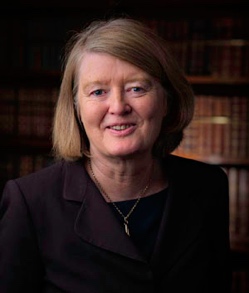 Professor Daly is Emerita Professor of History at University College Dublin (UCD) and served for seven years as Principal of UCD College of Arts and Celtic Studies, a Vice-President of University College Dublin, and a member of the UCD Governing Authority. She has also held visiting positions at Harvard and Boston College. From 2000 to 2004 she was Secretary of the Royal Irish Academy and vice-chair of the Academy’s Working Group on Higher Education. She was a member of the Higher Education Authority (the body that funds and oversees higher education in Ireland) from 2007 to 2012. She is currently a Governor of the National Gallery of Ireland, and a member of the Expert Advisory Group that advises the government on the commemoration of historical anniversaries. In 2015 she was awarded a D. Litt. (honoris causa) by the National University of Ireland, and she is a member of the Academia Europea.

Over the course of her distinguished career, Professor Daly has researched widely and published prolifically, notably: Dublin, the Deposed Capital: A Social and Economic History, 1860-1914 (1984); Women and Work in Ireland (1997); The Slow Failure: Population Decline and Independent Ireland, 1920-1973 (2006); and, with Theo Hoppen, Gladstone: Ireland and Beyond (2011). Her most recent book, Sixties Ireland, reshaping the economy, state and society, 1957-73, was published in 2016 by Cambridge University Press.

Access to Higher Education – Religion, Gender, and Ethnicity: Some Aspects of the Irish Story at Home and Abroad

Short Abstract: This presentation explores the historical challenges in access to higher education, both in Ireland and for the Irish emigrants to other countries, and contributes to our understanding of its evolution until now. It discusses the increasing level of awareness for the need for Irish higher education to reflect the ethnic and cultural background of the students, especially those from formerly under-represented groups, such the expansion of women’s studies; Black studies, post-colonial studies; the increasing emphasis in media or cultural studies on writers and artists from Africa or Asia, and their inclusion in degree programmes that would previously have been Eurocentric. Current issues are further highlighted as the Irish universities are seeing an increasing number of students from new immigrant families – both EU and farther afield – and there is a need to take this into consideration in terms of curriculum and future academic appointments, if Irish universities are to reflect and respond both to the student population and a changing society.

David Istance has spent most of his professional life in Paris at the OECD, with a period as an academic in Wales in the 1990s. He led the international projects "Innovative Learning Environments" and "Schooling for Tomorrow", wrote the OECD’s learning principles and schooling scenarios, and is now preparing a new innovation project focused on pedagogy. He is contributing to another international study on indigenous education and in 2015 led the OECD review of Scottish schooling. He has designed and compiled knowledge resources aimed at practitioners, including the “Trends Shaping Education” and “Education Today” published series.

In 2015, David guest-edited one issue in the special four-issue volume of the European Journal of Education to mark the journal’s 50th anniversary; together they covered the four pillars of learning from the 1996 UNESCO Delors report and his issue on “learning to be” included his own article on the retired. Earlier, he put together with Hans Schuetze and Tom Schuller an international reader, published in 2002, on lifelong learning.

Learning in Retirement: A Policy Priority for the 21st Century

Short Abstract: David Istance argues that education and learning by older adults is commonly neglected, viewed as a matter of low community or policy relevance when instead it should be a prominent priority. He argues for “active ageing” in preference over “lifelong learning” as the main concept to address this priority, though with education, including higher education, playing a key role. The argument is supported by demographic, skills and educational evidence. International trends in longevity and retirement confirm that dramatic change is unfolding, calling for significant new social and educational responses. The evidence about skills is mixed rather than supporting a clear message of decline with age; in any case, slower average information processing with age, for instance, is irrelevant to most of the pertinent policy questions. And, relatively low current levels of educational participation among seniors and the wide diversity of their reasons to learn should both inform appropriate educational and community strategies.

Presentation of the Keynote Speaker, Mr. David Istance can be viewed and downloaded here (pdf, 135KB)

Thomas Collins, Chair of the Governing Bodies of DIT and IT Blanchardstown

Professor Tom Collins is Chair of the Working Group on Sudent Engagement, Chair of the Governing Authorities of Dublin Institute of Technology and Blanchardstown Institute of Technology and was interim President of Maynooth University in 2010 and President of the Royal College of Surgeons of Ireland Bahrain campus.  Prior to this he was Professor and Head of the Education Department and Dean of Teaching and Learning at Maynooth University. He is the former Director of Dundalk Institute of Technology in which capacity he established the Centre for Renewable Energy, the National Centre for Fresh Water Studies and the Centre for Ageing. He was Government advisor on both the Green Paper (1998) and White Paper (2000) on Adult Education at which time he was Director of the Centre for Adult and Community Education at Maynooth University. Professor Collins has published and lectured widely in the area of Education and is a regular media columnist.

Globalising the Academy – The Existential Challenge

Internationalisation of universities takes a number of forms. Most commonly, students move across borders to Western institutions to pursue their studies. What receives less attention in the discourse on globalisation and internationalisation is the phenomenon of western branch campuses being established overseas and the kinds of issues which this can give rise to. This presentation will propose that the cultural and political environments in which such campuses may find themselves can present the most fundamental challenges to the underpinning philosophical precepts of higher education. It will argue that where underpinning democratic principles and practices are absent or underdeveloped in the wider cultural or institutional context of the host country, silence will be the likely response to issues or positions around which there may be a pressing need to speak. Ultimately the authenticity and integrity of the institution and its sense of agency and self-worth becomes exposed, not only in the host country but in the parent institution also.

HER2016 Programme and Book of Abstracts

Here you can download a final version of the HER2016 Workshop Programme (pdf, 700KB) and the Book of Abstracts (pdf, 1MB).

Support from a number of entities is acknowledged, including the CSSHE (Canadian Society for the Study of Higher Education).