Reform of higher education in the Atlantic Isles: ‘like watching a slow motion car crash’? 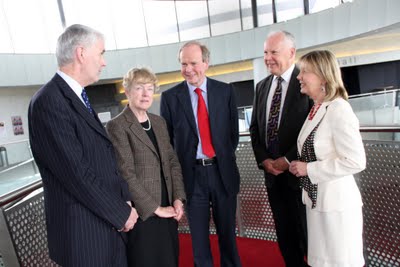 The almost simultaneous publication of these important reports raises a number of key questions. “To what extent do the commonalities (past and present) of these five higher education systems limit the scope for different solutions to similar problems? Are these different solutions best explained in terms of national or structural differences? Are these general lessons about processes of HE reform can be applied more widely?”

Internationalisation was one of nine themes identified in the talk. International engagement was particularly highlighted in the Irish National Strategy (Hunt Report) document and Peter Scott emphasised key points to keep in mind are the maintenance of quality of teaching and learning experience and appropriate supports for international students.

Sir Peter Scott, is Professor of Higher Education, Institute of Education, London. Prior to that Professor Sir Peter Scott was Vice-Chancellor of Kingston University from January 1998 to December 2010, Pro Vice-Chancellor of the University of Leeds, and Editor of the Times Higher Education Supplement. He has published extensively in the field of higher education.