The feedback from the delegates has been overwhelmingly positive, and we are very grateful to all of the participants for making the HER2016 Workshop a success! Next year’s HER2017 Workshop will be hosted by the University of Hiroshima, Japan.

Presentation slides from many participants as well as the Conference Programme and the Book of Abstracts are available on the event website www.dcu.ie/her2016

Tom Collins, Chair of the Governing Bodies of DIT and IT Blanchardstown, Ireland

Interviews with some of our distinguished delegates: 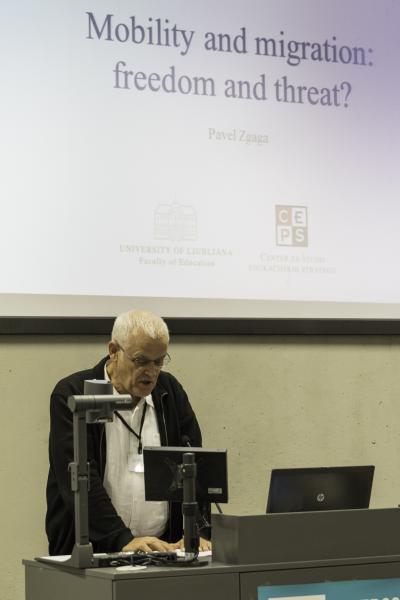 Pavel Zgaga is a Professor of Philosophy of Education and Education Policy at the Faculty of Education, University of Ljubljana, Slovenia. His studies focus primarily on higher education research and the issue of education reform for European migrants. Professor Zgaga has worked in the field of higher education for over twenty five years, his interest going back to his own university days. He pinpoints the Protests of 1968 as a time when students actively engaged with issues “beyond future employment” and the university as an agent for change in society. This period ignited his passion for higher education research.

Funding, internationalisation and the future of university are the three key issues Professor Zgaga believes are facing higher education in Slovenia - ”European universities worldwide have turned too much to technicalities--they simply forgot the mission which has been in the front in the past--it is not just about technical questions but it is about more content". ProfessorZgaga’s opening keynote address focused on the important current challenges associated with sustaining and developing education for migrants in Slovenia. 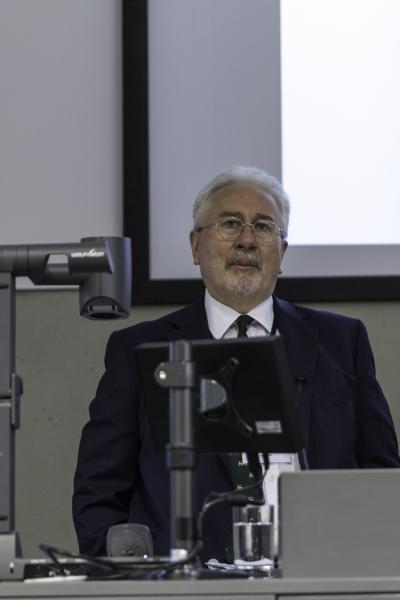 David Istance works for the Organisation for Economic Co-operation and Development (OECD) in Paris, France where his recent work has especially focused on innovation and schooling, and the future of education (including devising a set of scenarios for future schools). At present, he is working on innovative pedagogies and on indigenous education (especially in relation to Canada).

Although much of his recent work has focused more on younger people David Istance has always maintained a strong interest in lifelong learning, one of the key themes of the workshop. His keynote was about active ageing. With such large numbers of older people now in our populations, he sees learning and education as crucial parts of any societal project to spread active ageing and a welcome positive redress to the discourse dominated by the sustainability of pension and care systems. “There is a tendency to see older people in a sense as a problem” he says; “we would do ourselves as a society very well if instead we could address issues around older people in much more positive and active ways.”

In his presentation, David offered international data showing the extent of ageing in OECD countries. He presented evidence relating to skills and ageing, and how the dominance of the economic paradigm in educational policy thinking militates against making a priority of the learning needs of seniors. There are programmes and initiatives already, "pockets of innovation here and there”, but a lot more work needs to be done. The education and learning programmes that are needed, including through higher education, should come to match the myriad of purposes and motivations that older adults have for learning as part of “active ageing”.

Sumin Li has worked as a professor in her current university for over ten years where she supervises undergraduate, masters and PhD students in the fields of History of Education and Comparative Education. 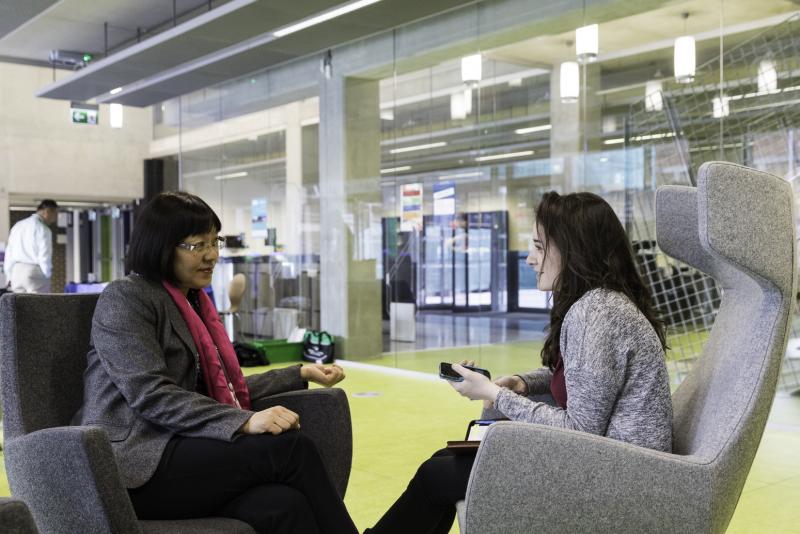 Professor Li’s current area of research focuses on the issue of university for the aging. With China being the largest population in the world, she believes this is a major concern: “With 220 million people over 60 years old in 2015 how can [we] make their lives better and more [enjoyable]?” she asks.

Professor Li believes that continuing education is the answer, and her presentation focused on the importance of lifelong learning and the benefits of freedom and enjoyment it gives to the elderly. Addressing issues that face the current higher education system in China, Professor Li maintains that the large enrolment numbers in China (“ thirty seven million in 2015”) makes later employment difficult. The solution she proposed is to encourage more graduates to work in the rural areas of the country as they “lack high quality personnel.” 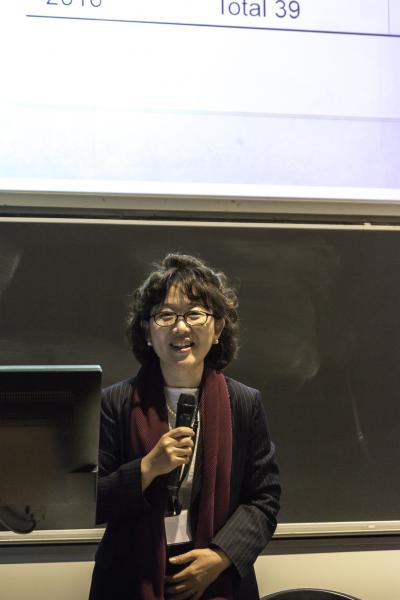 Hae-Joo Lee is a Professor at Korean National Open University in Seoul, South Korea. She is currently a visiting scholar at Higher Education Research Centre (HERC), DCU and will remain here for the next few months.

Her current area of research focuses on multicultural society and migrants in particular. She has a major interest in promoting education for the disadvantaged. Professor Lee believes that Korean universities do not accommodate the poor, elderly or migrants. She wants to break down the stratification to work towards “building a more equal society.”

Professor Lee’s presentation focused on migrants integration into Korean society, particularly female immigrants who marry into Korean families. Through interviews, Lee talked to several women about their difficulties and has taken this information to promote multiculturalism and provide a more welcoming, equal society for immigrants.