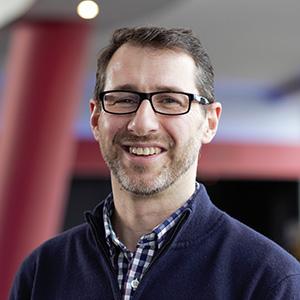 Professor Dunne’s research programme lies at the interface of materials science, engineering and biology. He leads a multidisciplinary group working at the host/biomaterial interface that has played a leading role in the development of biomaterials that simulate an efficacious drug delivery or therapeutic response. This work spans fundamental mechanisms at the host/material interface as well as translational research to target non-union bone defects, bone metastases and chronic wounds. This research has been developed via a strong, interdisciplinary programme complemented with over-arching institutional and industrial collaborations.

Internationally he is recognised as an authority on biomaterials for orthopaedic applications, having been awarded an Orthopaedic Research Society/British Orthopaedic Research Society Fellowship (2008) and the RAEng/Leverhulme Trust Senior Research Fellow Award (2010). His work has been supported continuously by RCUK, EU and Charity funding organisations and also attracts significant interest from industrial partners. To date, he has secured ≈€18.50M PI research funding (and €17.5M as CI) - from funders including EPSRC, MRC, Innovate UK, SFI, The Royal Academy of Engineering and several major multinational medical device companies.

He is also highly passionate about engaging new and young researchers on matters that are important to their research career and professional development. This enthusiasm and motivation have been hardened during his time as President of Northern Ireland Bioengineering Society (2008-2015) and Spokesperson of the Young Scientist Fora of the European Society for Biomaterials (2010-2014) and UK Society for Biomaterials (2011-2015). He was the VP and Secretary of the Executive Organising Committee of the 11th World Biomaterials Congress (Glasgow, 2020) and also on the Executive Organising Committee member of the 8th World Biomechanics Congress (Dublin, 2018). He is currently the Council Secretary of the European Society for Biomaterials and the President of the Royal Academy of Medicine in Ireland – Section of Bioengineering.