Breast cancer is the most common form of cancer in women in Ireland, with an estimated 1 in 8 diagnosed with such in their lifetime. Despite advances in breast cancer research there is still a significant proportion of women whose breast cancer progresses despite treatment.  For example, in Ireland in 2015 there were 3141 new cases of breast cancer diagnosed, whilst 709 women died as a result of their breast cancer.  As such there is a concerted effort to elucidate the cellular mechanisms which initiate and promote the disease, and in turn researchers are attempting to develop therapeutic interventions towards treatment of breast cancer. 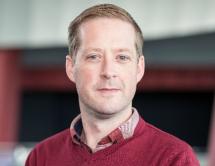 Dr Alex Eustace (left) and colleagues have recently investigated the role of a particular family of proteins; the ‘proviral integration of Moloney virus’ or ‘PIM’ family of protein kinases, in the signalling events which drive breast cancer. In collaboration with Inflection Biosciences, and collaborators in Royal College of Surgeons Ireland, Beaumont Hospital, and Cancer Trials Ireland, Dr. Eustace and colleagues have tested a novel molecule which was specifically designed to inhibit the action of these proteins. Using a variety of sophisticated laboratory models of the disease in question, the results of this trial are incredibly promising from a clinical perspective.

‘The PIM family of proteins are central to a number of cell functions; cell growth, cell death, and motility, amongst others’, describes Dr Eustace; joint senior author on the article, ‘research has shown these proteins are overexpressed in cells which have adopted a cancer phenotype. In other words, the activity of these proteins has become dysfunctional, and subsequent dysregulated activities of these proteins are what drives a number of the mechanisms shown to progress particular cancers‘.

‘Increased activity of a particular member of the PIM family; namely PIM-1, in breast cancer cases has been shown to correlate with poor clinical outcome. Therefore, targeting PIM-1 activity, with molecules such as IBL-302, represents an attractive therapeutic strategy in this context’.

Developed by Inflection Biosciences, IBL-302 has already shown efficacy in certain forms of lung cancer, in addition to other forms such as oesophageal and prostate as investigated using cell models of such. The molecule is an inhibitor of not only PIM-1 activity, but also additional proteins participating in the signalling events linked with cancer initiation and progression. 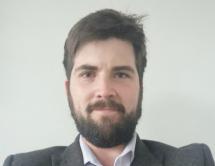 ‘In order to test whether this molecule had any potential in a breast cancer setting we tested it in 40 different laboratory cell line models of breast cancer‘ describes Dr Sean Kennedy (left); first author of the publication, ‘IBL-302 not only demonstrated anti-tumour efficacy in cell types resistant to traditional forms of treatment, but it also in an animal model where tumour growth was significantly ablated’.

As for what’s next, ‘Based on the evidence of this, and other encouraging studies on PIM-1 targeted therapies, Inflection Biosciences hope to bring IBL-302 into phase 1 of clinical trials for evaluation in a population of those already undergoing treatment for breast cancer. We firmly believe based on the success of our studies to date this could represent a new potential treatment option for breast cancer in the future’.

For more information, the publication can be viewed here.