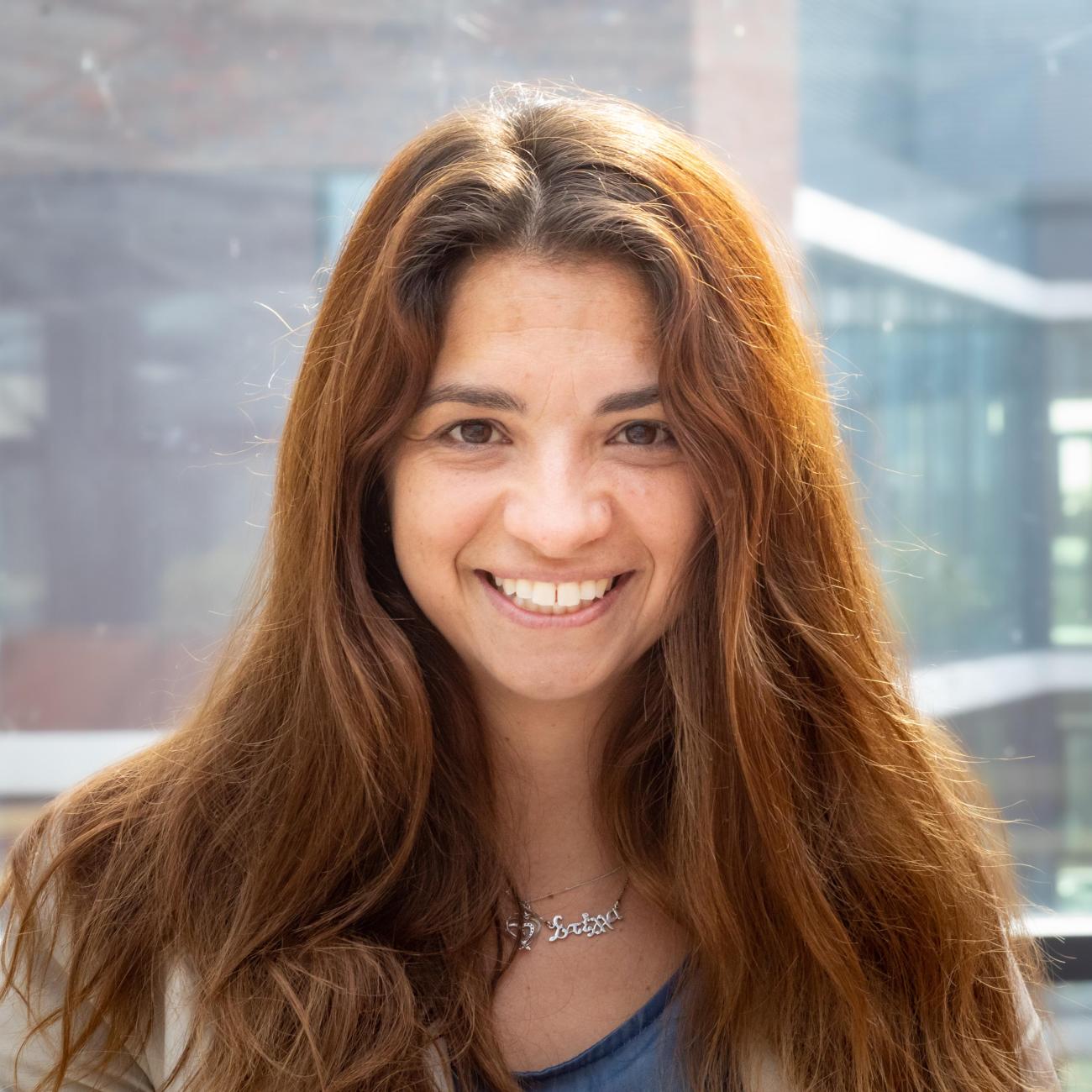 Dr. Stella Vlachou, B.Sc., Ph.D., is an Assistant Professor in Psychology in the School of Psychology, Dublin City University (DCU), and Director of the Neuropsychopharmacology Unit of the Behavioural Neuroscience Laboratory at DCU. She is also the Co-Ordinator of the BSc in Psychology Programme at DCU since July 2018, and the Associate Dean for External Engagement and Internationalisation at the Faculty of Science and Health since September 2021.

She received her BSc in Psychology from the Department of Psychology, University of Crete, Greece, in 2001 (graduated 1st in the School of Social Sciences). In 2006, she received her Ph.D. in Neuropsychopharmacology from the Department of Psychology at the University of Crete, Greece, under the supervision of Dr. George Panagis, Associate Professor in Biopsychology. Her

Ph.D. dissertation focused on the role of the endogenous cannabinoid system on behaviour and reward mechanisms. During her Ph.D. studies, Dr. Vlachou also investigated the effects of cannabinoid compounds on cocaine- and alcohol-induced reinforcement as an EU Marie-Curie Pre-doctoral Fellow (supervisor Professor David N. Stephens, University of Sussex, Brighton, UK, 2003). Towards the end of her Ph.D. studies, she worked as a researcher in a collaborative project with the pharmaceutical company Bristol-Myers Squibb and the Departments of Pharmacology of the Medical Schools of the Universities of Athens, Ioannina and Heraklion (all three are Universities in Greece) to conduct research on the analgesic, psychomotor and psychotropic effects of novel cannabinoid analogs.
From 2007 until 2011, Dr. Vlachou worked as a Post-doctoral Research Fellow in the laboratory of Professor Athina Markou at the Department of Psychiatry of the University of California at San Diego (UCSD), extensively investigating the role of gamma-aminobutyric acid (GABA) neurotransmission in nicotine dependence through a collaborative grant received from the National Institute of Health (NIH, USA). More specifically, she examined the effects of gamma-aminobutyric acid B (GABAB) receptor compounds on the reinforcing effects of nicotine or the depression-like aspects of nicotine withdrawal. Further, in 2009, Dr. Vlachou received a post-doctoral fellowship award from the State of California (Tobacco-Related Disease Research Program) to investigate the effects of GABA in impulsivity and nicotine dependence.

Dr. Vlachou joined the BSc in Psychology Programme (previously in the School of Nursing and Human Sciences; SNHS) at DCU in September 2011.

Interactions between drugs of abuse and brain reward systems;

The role of the endogenous cannabinoid system in behavior and reward;

Interactions of drugs of abuse, such as nicotine, cocaine, alcohol and cannabinoids, and their effects in impulsivity and drug dependence during adolescence and adulthood;

Effects of alkaloid and flavonoid compounds on behaviour and drug dependence;

The Neuropsychopharmacology Unit of the Behavioural Neuroscience Laboratory at DCU is actively looking for highly motivated, curious, and enthusiastic research assistants and/or graduate students to help us investigate research questions related to the above topics of interest.
Go to Styliani Vlachou's full profile
Tweets by DCU