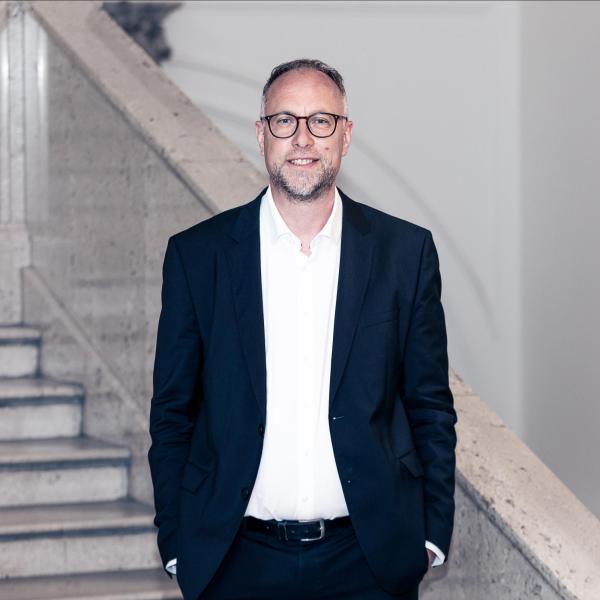 Prof Mark Coeckelbergh is a full Professor of Philosophy of Media and Technology at the Department of Philosophy of the University of Vienna. His expertise focuses on ethics and technology, in particular robotics and artificial intelligence.

Mark Coekelbergh is currently a member of various entities that support policy building in the area of robotics and artificial intelligence, such as the High Level Expert Group on Artificial Intelligence, which advices the European Commission, and the Austrian Robotics Council (Rat für Robotik, established by the Austrian Government to support policy building in the area of robotics), the Austrian Advisory Council on Automated Mobility, the Foundation for Responsible Robotics, and the IEEE Global Initiative for Ethical Considerations in Artificial Intelligence and Autonomous Systems. He is also former President of the Society for Philosophy and Technology (SPT), author of 14 philosophy books, and has been involved in interdisciplinary collaborations in the context of the European research projects PERSEO, INBOTS, DREAM (robot-enhanced therapy) and SATORI (ethical impact assessment of research and innovation). 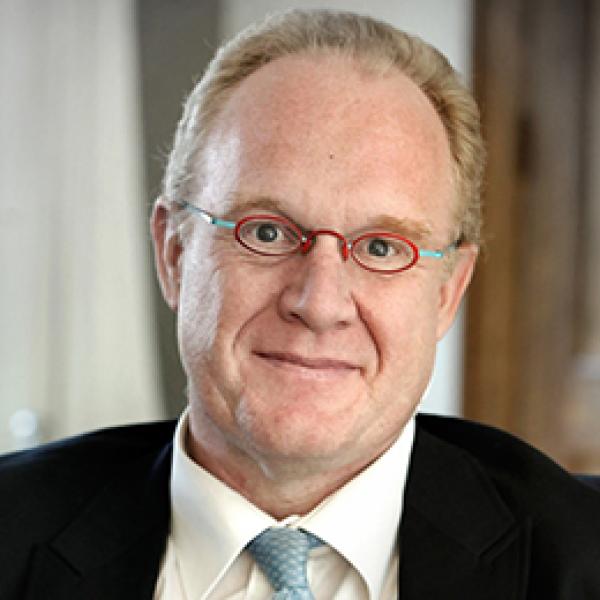 Kris Dierickx is full professor of biomedical ethics and a staff member of the Centre for biomedical ethics and law, Faculty of Medicine (KU Leuven, Belgium). His research and publications focus on ethics in genetics, ethics of research (integrity & misconduct), regenerative medicine, diagnosis for prodromal Alzheimer and Autism, biobanks and research ethics. 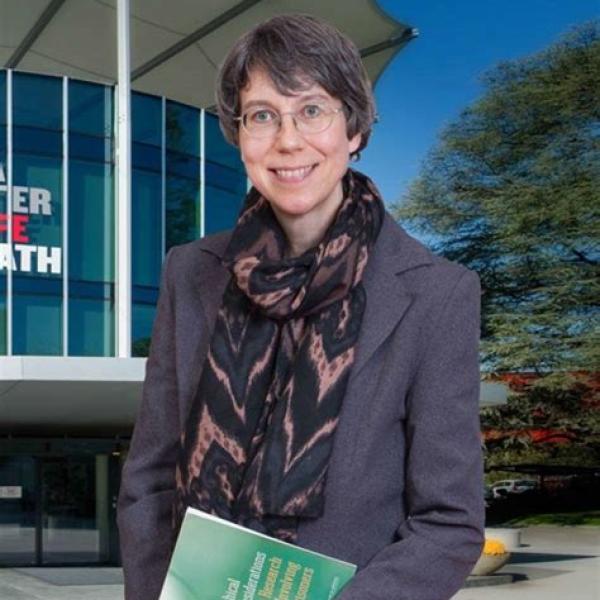 Bernice Elger is a full professor and director of the Institute for Biomedical Ethics at the University of Basel in 2011. After having studied medicine and theology in Germany, the US, France and Switzerland she obtained her medical diploma as well as a 6 year university degree in protestant theology in Germany and her FMH in internal medicine in Switzerland.

During her postgraduate training in internal medicine Bernice worked in Porrentruy and since 1993 at the University Hospitals of Geneva where she was appointed chief resident in 1997 and médecin adjoint au chef de service in 2007. In 2004, she obtained a grant for advanced researchers of the Swiss National Science Foundation for research in the US (University of Pennsylvania Center for Bioethics, Kennedy Institute of Ethics and the Dept. of Clinical Bioethics at the NIH). In 2010, she was awarded the Swiss "Prix" for research in primary care, and again in 2016 (together with Klaus Bally et al.) and in 2005 the Prix Bizot for her work on biobanks (PhD, University of Geneva). In 1999 she obtained the "Award of the Medical Faculty" for her doctorate about medical paternalism and in 1997 the "Prix Arditi en éthique" for her work on predictive medicine. She has widely published in medical and ethical journals about medical ethics in genetics, clinical ethics and research involving biobanks and human tissue, as well as about human rights questions related to medical ethics in correctional health care. 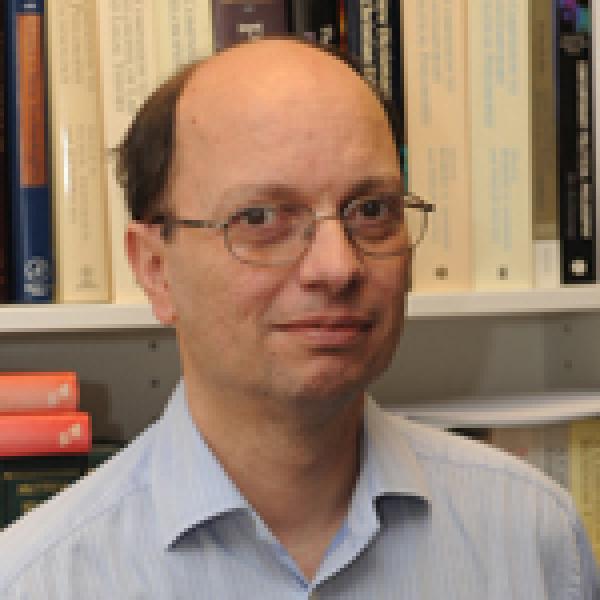 Professor Søren Holm is a prominent bioethicist and philosopher of medicine. He holds a chair in bioethics at the Centre for Social Ethics and Policy, part of the School of Law at the University of Manchester in Great Britain and the University of Oslo. He also serves as editor of the Journal of Medical Ethics.

Søren holds a master's degree in health care ethics from the University of Manchester and two doctoral degrees in medical ethics from the University of Copenhagen. He was a member of the Nuffield Council on Bioethics from 2006 to 2012 and a member of the Council’s Working Party on Emerging biotechnologies. Søren Holm and John Harris co-authored a seminal paper in Nature that challenged the value of the precautionary principle in modern scientific research. Together with researchers Bjørn Hofmann (Norwegian University of Science and Technology) and Anne I. Myhr (Arctic University of Norway) he conducted a study in 2010-2011 among PhD students at Norwegian medical faculties, to investigate their attitudes toward scientific dishonesty. The findings were published in BMC Medical Ethics and other journals. 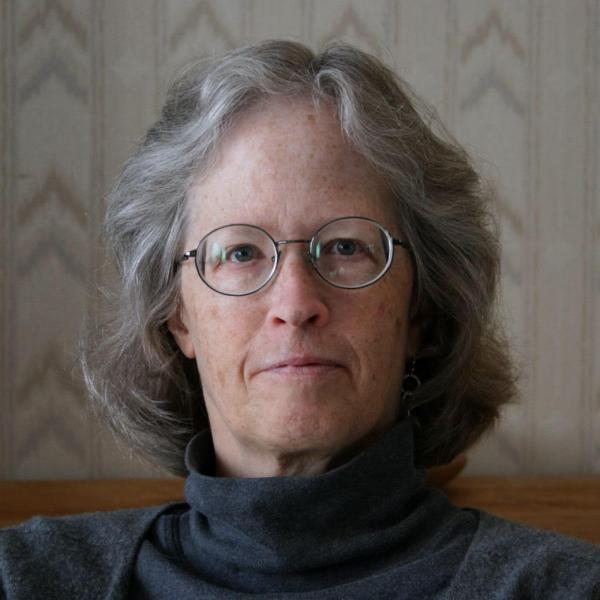 Nancy M. P. King, JD, is a full professor in the Department of Social Sciences and Health Policy and Wake Forest Institute for Regenerative Medicine at Wake Forest School of Medicine, and co-director of the Center for Bioethics, Health and Society and the Graduate Program in Bioethics at Wake Forest University.

Nancy's scholarship addresses a range of bioethics issues, including: informed consent, benefit and uncertainty in healthcare and research; the development and use of novel experimental biotechnologies; international and cross-cultural questions in human subjects research; and equity and justice in healthcare and research. She has published over 100 scholarly articles and book chapters, and is co-editor of The Social Medicine Reader (3rd ed., Duke University Press, 2019), Beyond Regulations: Ethics in Human Subjects Research (UNC Press 1999), and Bioethics, Public Moral Argument, and Social Responsibility (Routledge 2012). Professor King teaches a variety of courses in bioethics, medical humanities, and research ethics to medical students and faculty, and to graduate students in bioethics and the health sciences. She has also taught bioethics in national and international settings. She is a fellow of the Hastings Center and has served on hospital ethics committees, IRBs, DSMBs, the NIH Recombinant DNA Advisory Committee and the DHHS Secretary’s Advisory Committee for Human Research Protections. 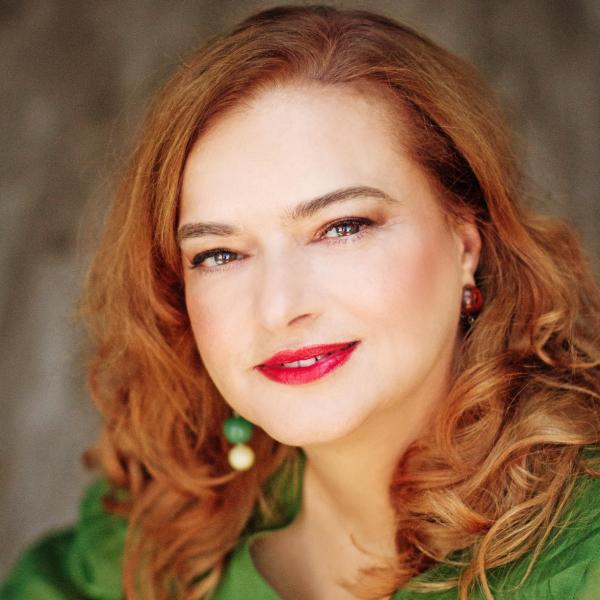 Judit Sándor is a full professor at the Faculty of Political Science, Legal Studies and Gender Studies of the Central European University (CEU), Budapest. She had a bar exam in Hungary she conducted legal practice at Simmons & Simmons in London, had fellowships at McGill (Montreal), at Stanford (Palo Alto), and at Maison de sciences de l’homme (Paris), at NYU (New York, as a Global Research Fellow).

In 1996 Judit received a PhD in law and political science. She was one of the founders of the first Patients' Right Organization (‘Szószóló’) in Hungary, she was a member of the Hungarian Science and Research Ethics Council, and currently a member at the Hungarian Human Reproduction Commission. She participated in different national and international legislative, standard setting and policy making activities in the field of biomedical law and bioethics. In 2004-2005 she served as the Chief of the Bioethics Section at the UNESCO. She published seven books in the field of human rights and biomedical law. Her works appeared in different languages, including Hungarian, English, French and Portuguese. Since September 2005 she is a founding director of the Center for Ethics and Law in Biomedicine (CELAB) at the Central European University. She has completed ten European research projects (including: GeneScreen, PUG, STRATA-ETAN GROUP, GeneBanC, PRIVIREAL, PRIVILEGED, Tiss.Eu, RemediE, EULOD, NANOPLAT), founded by the European Commission in the field of biobanks, genetic data, stem cell research, organ transplantation and human reproduction. In 2014-2016 she worked at the NERRI and the EUCElLEX Projects. In 2017 she participated at the HURMUR Project and continued her work also within the IANB network, co-ordinated by the University of Rennes. In 2017-2020 she served also at the ESOF Programme Committee with the mission of organizing the Euroscience Open Forum to be held in Toulouse and in Triest. In 2019 she received the prestigious ERC Synergy Grant with the "Leviatahan"project. 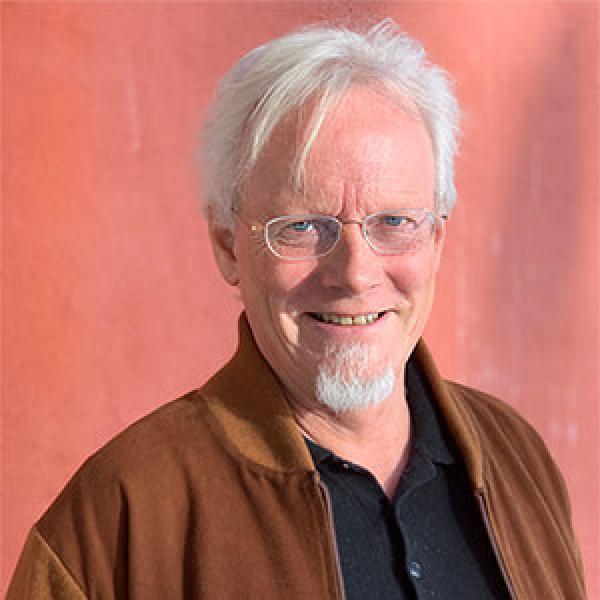 Jan Helge Solbakk is trained as a physician and a theologian and holds a PhD in ancient Greek philosophy. He is full Professor of medical ethics at the Centre for Medical Ethics (CME), Institute of Health and Society, Faculty of Medicine. CME is an inter-disciplinary research Centre for developing expertise in philosophy of medicine, research ethics, research integrity and clinical ethics.

Jan Helge was involved in the establishment of CME in 1989 and served as Head of the Centre from 1996 to 2007. In 2007 and 2008, he worked as Chief of bioethics at UNESCO’s Headquarters in Paris, where he was in charge of the organization’s global program in Bioethics. From 1996 to 2011, he was Adjunct Professor in philosophy of science and medical ethics at the Centre for International Health, University of Bergen. Since his return from Paris, he has acted as Professor and Head of Research at CME. In 2016, he was guest Professor at the University of Brasilia for 6 months. 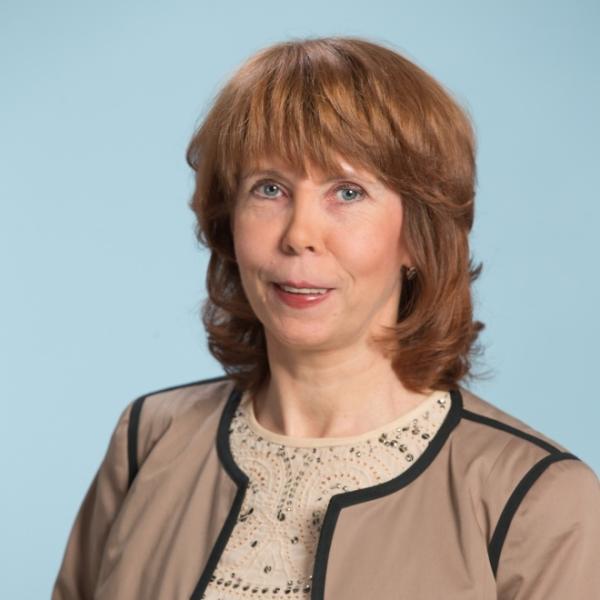 Margit Sutrop is a full Professor of Practical Philosophy at the University of Tartu in Estonia. Since January 2021 she is a Member of the Estonian Parliament. She is the founding Director of the interdisciplinary Centre for Ethics at Tartu University.

Since 2004 Margit has been working as independent ethics expert for the European Commission. She is a member of Academia Europea. Her current research interests comprise trust in AI, moral disagreements, ethics codes, research integrity, moral emotions, value theories and values education. She is an author of one monograph, an editor of 13 books and an author of numerous articles in peer-reviewed journals and volumes. She has been the grant holder of more than 50 international and local research grants. 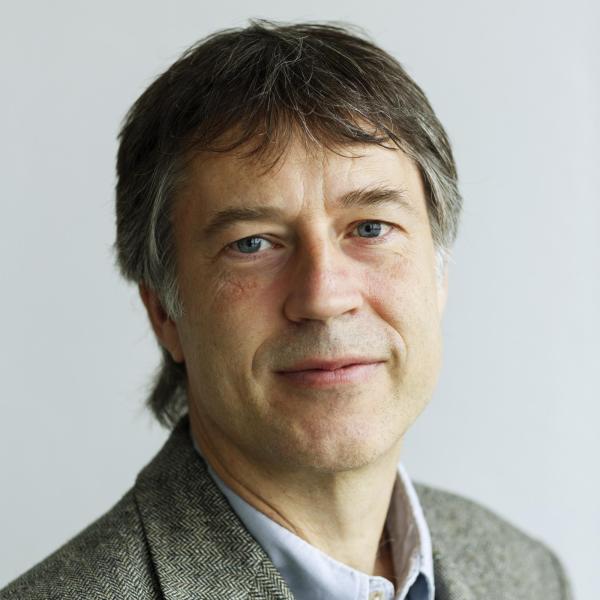 Karsten received his PhD in philosophy from the University of Karlsruhe and his habilitation (post-doctoral qualification) from the European University Viadrina in Frankfurt/Oder, Germany. His research focuses on social impacts and ethical issues of new information and communication technologies, particularly in the areas of health care, mobility and energy supply. 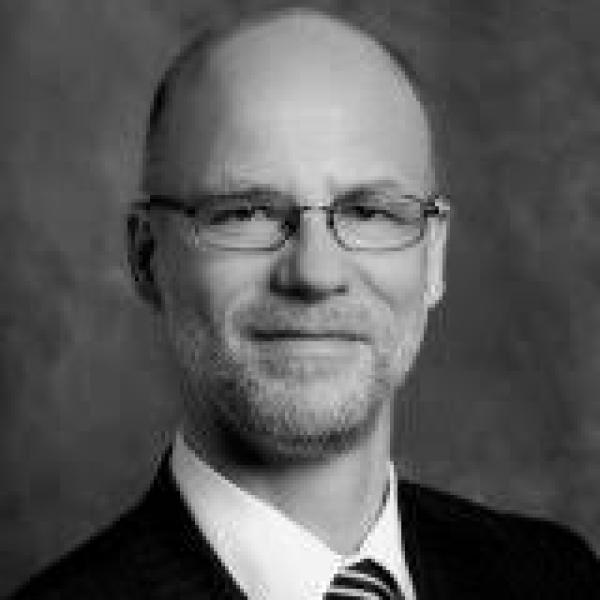 Jos V.M. Welie is dean and professor of Interdisciplinary Normative Science at the University College Maastricht, Maastricht University in The Netherlands. He is a native of The Netherlands where he attained graduate degrees in medicine, law, and philosophy. A Fulbright grant brought him to Loyola University of Chicago's Department of Medical Humanities. Subsequently, he obtained his doctorate in medical ethics from the School of Medical Sciences of the Radboud University of Nijmegen (The Netherlands).

In 1990, Dr. Welie began his teaching career in San Antonio, Texas, teaching ethics at Saint Mary’s University and University of the Incarnate Word. Between 1992 and 1994, he was an assistant professor at the Department of Ethics, Philosophy and History of Medicine at the aforementioned Radboud University. In 1995, he moved to Florida teaching Nova Southeastern University and Barry University. Since 1997 he has been at Creighton University, attaining the rank of full professor in the Center for Health Policy and Ethics in 2004. He has held a secondary appointment in Creighton University’s School of Dentistry until 2011, initiated the International Dental Ethics and Law Society, and was awarded honorary fellowship in the prestigious American College of Dentists for his work in dental ethics in 2011. He has held a secondary appointment in Creighton University’s Graduate School since 2007 and his primary teaching responsibilities nowadays involve the University’s Master of Science in Health Care Ethics. He also served as Visiting Professor at the Gregorian University in Rome in 2005-06, teaching a graduate course on end of life care ethics to German theology students.

Dr. Welie’s areas of research interest include ethical issues in chronic and terminal care, the philosophical foundations of health care ethics, Catholic bioethics, the relationships between law and ethics, and Jesuit higher education. He serves as the Founding President of the international association “Academics at Jesuit Universities and Schools.” He has lectured in more than 20 countries and has served as a reviewer for some 20 professional journals. He has authored close to 200 publications, including eight books. 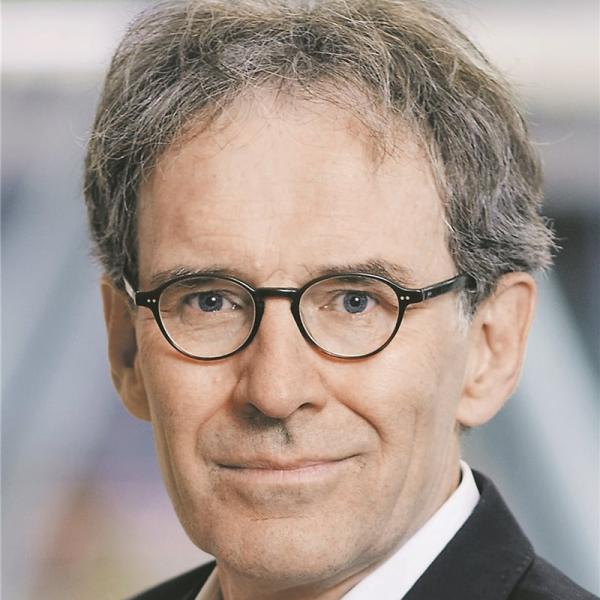 Urban Wiesing is full professor of Ethics and History of Medicine at the University of Tübingen in Germany. He studied medicine, philosophy, sociology and medical history in Münster and Berlin and graduated in 1986 with a Dr. med. From 1986 to 1988 Wiesing worked as a doctor in anesthesiology and internal medicine. From 1988 to 1998 he was an assistant at the Institute for the History and Theory of Medicine, University of Münster (with Nelly Tsouyopoulos and Richard Toellner ).