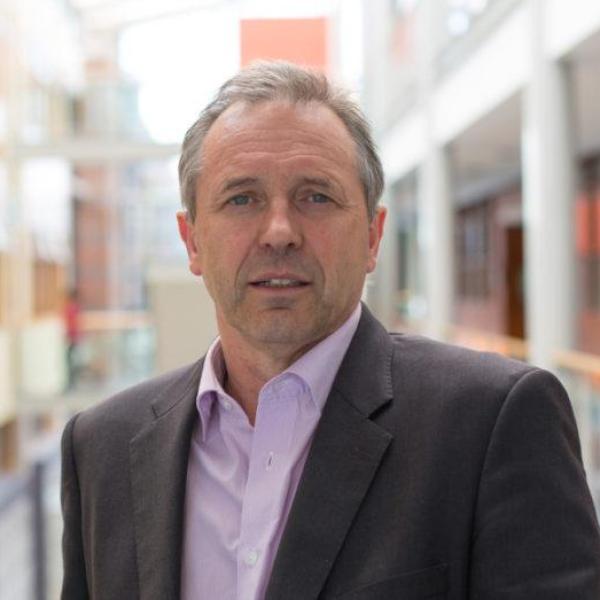 Alan F. Smeaton joined NIHE/DCU in 1987 from University College Dublin where he completed his PhD.He was subsequently appointed Snior Lecturer and then Full Professor of Computing, in 1997.  He has been Executive Dean of Faculty and Head of the School of Computing (twice).

His early research covered the application of natural language processing techniques to information retrieval. This broadened to cover content-based retrieval of information in all media, including text, image, audio and digital video. Alan’s current research interests are around human memory and how we forget and remember some things and not others. For years we’ve been building systems that help people find information accurately and quickly, yet half the time people are searching for things they once knew but have forgotten. We’ve never really asked why they forgot in the first place, so Alan focuses on building systems that help people remember and to learn, not to plug the gap when they forget. This means that the tools he uses are machine learning and data analytics, and the applications of text, image, and video analysis are in areas like learning analytics, personal sensing, and lifelogging. This can be summarised as developing data analytics for new and traditional forms of media.

Alan's research output includes more than 700 publications with more than 18,800 citations and a h-index of 68.  He is an elected member of the Royal Irish Academy and Academy Gold Medal Winner, a Fellow of the IEEE and winner of several awards and prizes including the Mark Everingham prize, the Niwa-Takayanagi prize and the Strix award.  He is a founding Director of the Insight Centre for Data Analytics which has 400 researchers across 4 Universities in Ireland and is the largest non-capital public research award ever given in Ireland though he has stepped back from his executive role in directing this in order to concentrate on teaching and research.  He is a regular contributor to Irish and international media with several media “pieces” each year on radio, TV, news and online, in Ireland and internationally and on topics usually around Artificial Intelligence.