In 2013 DCU established the concept of the Age-Friendly University and became the world’s first university to adopt this brand – a model since followed by universities on four continents. In 2015, DCU announced its Women in Leadership initiative with a view to addressing the issue of gender inequality at higher grades of appointment in the University, leading to the awarding of the Athena SWAN Bronze award in 2017.

In 2016, DCU became Ireland’s first University of Sanctuary in recognition of the range of supports it has established to welcome asylum seekers and refugees into the university community and to fostering a culture of inclusion for all.

In March 2018, DCU was recognised as the world’s first Autism-Friendly University by AsIAm, the autism advocacy charity. Students with Autism in third level often experience greater levels of difficulty settling in and adapting to University life than do their peers. To respond to the range of challenges faced by students with Autism, DCU has made a commitment to implement a series of practical actions and initiatives.

Centre of Excellence for Diversity and Inclusion 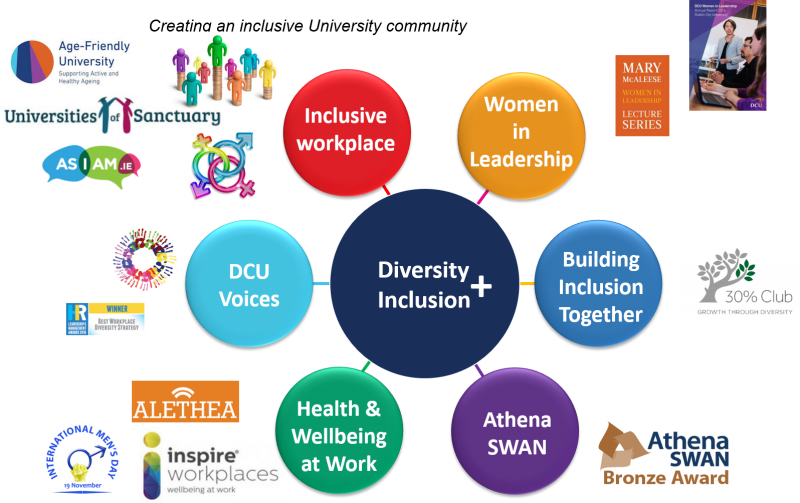