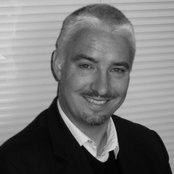 Chris O’Connell is a former PhD student at the School of Law and Government, DCU. He was the Paddy Moriarty Memorial Scholar for 2015/16. Chris holds a Bachelor of Laws (LLB) from University College Cork and Leiden University (1994). He is also a qualified solicitor and has practiced law in Ireland. Chris also holds an MA in Development from DCU (2008). He is the current Chair of the Latin America Solidarity Centre, and spent a number of years working in higher education in Ecuador. His research interests centre on the nature of democracy in presidential systems, with a focus on issues of democratic legitimacy and the role of civil society. The regional focus of his research is the Andean bloc.

Brief Description of Research:
Presidents in contemporary Latin America are central figures in the region’s economic, social and political development. Yet despite their high profiles and considerable influence over the lives of almost 600 million people, the actions in office of these leaders continue to confound. In particular, this study addresses the puzzle of why some Latin American presidents who run on a left populist campaign platform proceed to govern within the existing rules of the game, while others attempt to radically alter or even destroy those institutional constraints. This research contends that a major element of this confusion results from the vague and over-stretched concept of ‘populism’, which serves to obscure rather than enlighten.

This study instead focuses on the influence of informal constraints and enabling factors, contending that this interactive relationship bears directly on the governance of newly elected presidents. Specifically, this research hypothesises that variation in popular demands for reform in Latin America can help to explain variation in left populist governing styles. The expectation is that where there are low levels of demands left populists will govern within the existing rules; but where levels of demands are high they will (attempt to) radically overhaul existing institutions. This research will complement existing work focussing on formal institutional and economic constraints, contributing to a better understanding of presidential politics in Latin America.

I delivered the Keynote Address at the Conference on Ecocide and Slavery on December 10, 2019 in Santiago de Chile. This interdisciplinary conference was organised by the human rights organisation Libera, and featured panels made up of academics and civil society practitioners with backgrounds ranging from law to psychology to marine biology. The title of my keynote address was “The Triple Crisis: Climate Change and Contemporary Slavery in Peru and Bolivia”.

The conference was originally planned to coincide with the UN Climate Change Conference (COP 25). When the COP was moved to Spain, many events organised by civil society in Chile went ahead, including the Alternative COP, where I also facilitated a workshop. The conference was reported in the local press.