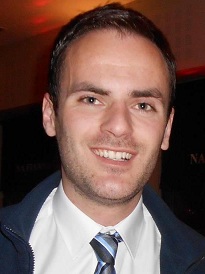 Karl Murphy is a PhD student at the school of Law and Government, DCU.  He is in receipt of an Irish Research Council Government of Ireland Postgraduate Scholarship (2014-2017). He holds a BA (Hons) in Economics, Politics and Law, (Dublin City University 2011) and an MA in European Politics and Governance, (University of Limerick 2013). His research interests centre on European Union politics and the role of European Union institutions in the formation of EU law.

Brief Description of Research
The European Union’s decision-making process is often criticized for its perceived distance from the wider EU citizenry resulting in a term coined the ‘democratic deficit’. The European Parliament (EP) was officially granted status as an equal co-legislator alongside the EU Council of Ministers (Council) by the Treaty of Maastricht in 1993. The EP’s role in legislative decision-making was then increased across subsequent treaties. Both the EP and Council engage formally in inter-institutional legislative bargaining. However, at an earlier stage, informally, EP representatives often meet representatives of the European Commission and the Council in an attempt to come to an agreement on the legislative proposal. This can lead to the exclusion of the majority of MEPs and raise concerns about transparency and legitimacy. At a time of great turmoil across the EU and its Eurozone area, most boldly seen by the continued financial crises, it is vital that EU citizens’ elected MEPs play a direct role in EU decision-making. The aim of the thesis is to investigate the EP’s role specifically in the informal bargaining arena of EU legislative decision making. The question(s) being posed are “When trilogues and Why?” Both a mixture of quantitative and qualitative research will be utilized to further understand the characteristics of trilogue negotiations as well as when and why they are used above the more traditional formal method of EU legislative decision making.