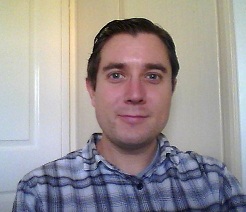 In 2000 Eamonn completed his BA in Archaeology and Sociology (2.1) from University College Dublin,
before going on to work in commercial archaeology. He developed an interest in
international studies through his volunteer work, with OXFAM and the Vincentian Refugee Centre, and
returned to education in 2009 to pursue an MA in International Security and Conflict Studies in Dublin
City University (1st class honours). He commenced his PhD in 2010 and passed his viva voce in January
2015, with Prof. Rita Abrahamsen of the University of Ottawa as examiner, and will graduate in
November 2015.

PhD Title:
The Security-Development Nexus as Risk Management: A Multiple-Donor Case Study of the Coordination of Security and Development in US, UK and Canadian policy.

Publications:
McConnon, Eamonn (2014) 'Security for all, Development for Some? The Incorporation of security in UK Development Policy.' Journal of International Development, 26(8): 1127-1148.

Conference Presentations:
2014 – ‘Who is to be secured by “human security”? Connections between national security and human security in US and UK development policy’, Global Insecurities International Conference, University of Bristol, November 22nd 2014.

2013- ‘Security for all, development for some? The merging of security in UK development policy’ at the UK Development Studies Association Annual Conference at the University of Birmingham on November 16th 2013.

2012- ‘Securitisation of Development or Developmentalisation of Security: the effects of the War on Terror on DfID’s Development Policy’ at the Political Studies Association Annual Conference at the Europa Hotel in Belfast on April 5th 2012.