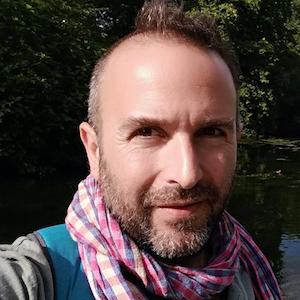 Abel Polese is a Senior Research Fellow with DCU Institute for International Conflict Resolution and Reconstruction. He has been a Marie Curie Fellow at the Technical University of Dresden, Germany (2006-2008) and the University of Edinburgh, Scotland (2008-2011). In 2012-2013 he worked as a policy analyst for the European Commission (DG Research). He has been a visiting professor to several universities in America (Harvard, Toronto, Manizales), Europe (Paris, Budapest, Dubrovnik, Moscow, Cagliari, Vilnius, Rijeka, Kyiv), Asia (Tezpur, JNU in Delhi, Konkpook in Daegu, Renmin in Beijing).
So far, Abel has been awarded funding for over nearly €16 million and his project “Sustainable Development in Cultural Diversity” received the Global Education Award by the Council of Europe in 2011. He has also prepared studies and reports for, inter alia, the UNDP, the Irish Department of Justice, WAGGGS, Erasmus National Offices.
He is the author of the Scopus diaries and the (il)logics of academic survival, which is a reflection on how to navigate academic careers, and regularly writes blog posts on the challenging of academia. Abel is co-editor of Studies of Transition States and Societies, a scopus-indexed open access journal and is active in debates and initiatives on open science and science excellence with the Global Young Academy, one of the main organisations dealing with science policies across five continents.