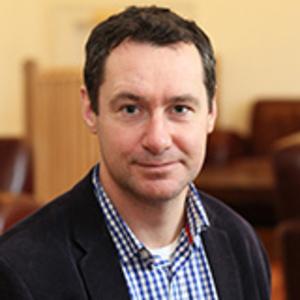 Eoin O'Malley is an Associate Professor (senior lecturer in old money) in political science at the School of Law and Government, Dublin City University. There he teaches politics and public policy and is the Director of the BA in Economics, Politics and Law.

His research specialism is Irish politics and particularly on the position of the Taoiseach and cabinet government in Ireland, though he also does work on the Irish party system, media coverage of Irish elections and public policy. His most recent research is on the office of Taoiseach (prime minister).

He has authored over forty articles in peer-review journals. Eoin wrote a textbook, Contemporary Ireland (Palgrave Macmillan 2011), and co-edited four other books on Irish politics. The most recent book is Resilient Reporting: Media Coverage of Irsh Elections since 1969.  He is a former co-editor of Irish Political Studies. As a regular columnist in the Sunday Independent Eoin is a frequent contributor to national debates.

Book Launch: Electoral Competition in Ireland since 1987: The politics of triumph and despair