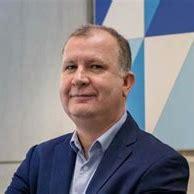 Gary Murphy was born in in Cork City in 1968 and educated by the Christian Brothers at Sullivan's Quay. He later studied at UCC, BA 1990, MA 1992, and took his doctorate under Prof. Eunan O'Halpin in DCU in 1996. He has worked in DCU since 1995 and is now Full Professor of Politics in the School of Law and Government. He was the Head of the School of Law and Government between 2012 and 2018.

In 2007 Prof. Murphy was appointed DCU's first Dean of Graduate Studies and served in that position until 2011. He is a former editor of Irish Political Studies, the leading journal of political science in Ireland. He was President of the Political Studies Association of Ireland from 2009 to 2012. In 2011-12 he was visiting Fulbright Professor of Politics in the Center for European Studies at the University of North Carolina, Chapel Hill. He was a Naughton Fellow and Distinguished Visiting Professor at the Keough Naughton Institute for Irish Studies at the University of Notre Dame in 2016 and 2019.

Prof. Murphy has published extensively on the politics of modern Ireland. In November 2021, Gill Books published his acclaimed biography of the former  Fianna Fáil leader and Taoiseach, Charles J. Haughey. Simply titled Haughey it was widely reviewed being described as “magisterial” in both the Irish Times, and the Mail on Sunday; “brilliant” in the Sunday Independent; “gripping” and “definitive” in the Sunday Times; and a “Shakespearean portrait of the most cunning of them all” in the Sunday Business Post. It was selected as a book of the year by the Irish Times, Sunday Independent, Sunday Business Post, Mail on Sunday, and Irish Examiner.

In 2016 Prof. Murphy's book Electoral Competition in Ireland since 1987: the politics of triumph and despair was published by Manchester University Press. It was also widely and positively reviewed as a major reinterpretation of modern Ireland. He is also a renowned authority on the regulation of lobbying and is co-author of the book Regulating Lobbying: a global comparison. Originally published in 2010 by Manchester University Press, a second edition was published in 2019.

Prof. Murphy's work has received considerable external recognition and his research has been funded by the Irish Research Council, the Irish Department of the Environment, and the Fulbright Commission. He has appeared before a number of Irish Parliamentary Committees to speak on lobbying regulation, electoral reform, and parliamentary inquiries and his work has been cited in both Dáil Eireann and Seanad Eireann. His work on lobbying regulation has been presented to the Council of Europe's Venice Commission in Strasbourg, the Political and Constitutional Reform Select Committee of the House of Commons in the UK, and both the Czech and Scottish parliaments. He acted as an adviser to the Government Reform Unit of the Irish Department of Public Expenditure and Reform on the introduction of the government's Regulation of Lobbying Act 2015. In November 2012 he was appointed by the Irish Minister of the Environment to the Local Electoral Area Boundary Committee whose report was published in May 2013 and formed the basis for the Irish local elections of 2014.