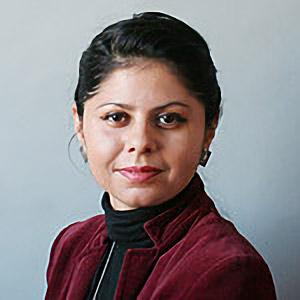 Her research interests include Indian foreign policy with a focus on the intersection between domestic politics and international relations; diplomacy and maritime governance in the Indian Ocean, the emerging strategic discourse about the Indo-Pacific and the role of China in South Asia.