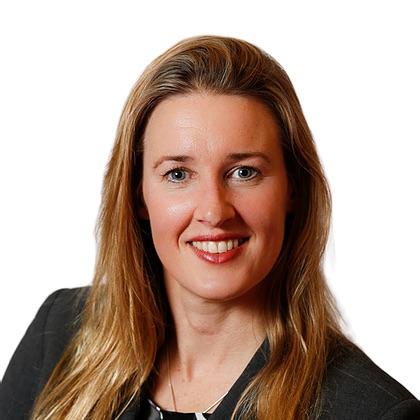 Dr. Karen Devine holds a Bachelor of Arts in Politics and Spanish (University College, Dublin) a Masters of Arts in European Integration (University of Limerick) a Postgraduate Diploma in Statistics (University of Dublin, Trinity College) and graduated with a PhD in Political Science from University of Dublin, Trinity College. Dr. Devine is a Lecturer in International Relations, specialising in teaching European Union politics, Irish Foreign Policy and International Relations Theories and Methodologies, with modules delivered at the BA, MA and PhD levels each year. She directed the BA in International Relations degree as Programme Chair from September 2013 to September 2016.  She has previously taught at the University of Dublin and at the University of Aberdeen. Dr. Devine is a former Chevening Scholar, a Government of Ireland Scholar, and a Fulbright Scholar and IRCHSS postdoctoral research fellow and is currently the Fulbright Ambassador to DCU.  Her recent publications include articles published or forthcoming in top globally-ranked ISI Political Science and International Relations journals, including a co-edited special issue of Cooperation and Conflict, Swiss Political Science Review (Special Issue), International Politics, International Political Science Review, Irish Political Studies (Special Issue) and Irish Studies in International Affairs. Her research interests focus on the politics of neutrality in Ireland, Austria, Sweden and Finland and the European Union, public opinion on foreign policy in Europe and the United States of America, the evolution of the European Union's Common Security and Defence Policy, the use of epistemethodological pluralism incorporating postpositivist and positivist approaches in IR and the development of critical social constructivist theory. Dr. Devine is a regular contributor to the media in Ireland and abroad. She has published a series of public service articles on Irish Foreign Policy in the Irish Times newspaper, contributed to the Sunday Business Post newspaper and a number of international newspapers (e.g. The Financial Times, non-English newspapers in Poland, Japan); has appeared on RTE PrimeTime and The Week in Politics television programmes, TV3's ''Tonight with Vincent Browne' current affairs television programme; UTV Ireland's News at 10; RTE Radio's DriveTime, The Late Debate, The Marian Finucane Show, Saturday with Charlie Bird, and The Sunday Forum current affairs programmes as well as several RTE news radio programmes; NewsTalk 106's 'The Dunphy Show', 'The Right Hook' and 'Talking Point' as well as a number of local Irish and international radio shows to discuss aspects of European Union politics and US electoral politics. She is interested in supervising PhD students in the areas of European Union (EU) politics and public opinion on foreign policy. Her current PhD students include Karl Murphy and Christine Andreeva who are researching Trilogues in EU decision-making and the potential for an EU Counter-Terrorism Policy, respectively.  Dr. Devine's current research is a book on the impact of patriotism on public attitudes to foreign policy in the USA and Ireland, following from a Fulbright Scholar visit at Columbia University in the City of New York, USA, 2012-2013 and a book on Irish Foreign Policy focusing on neutrality, values and identities.