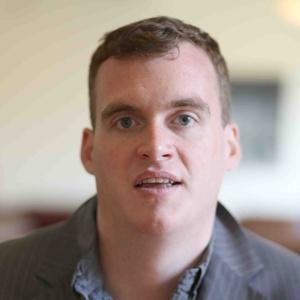 His work has been published in leading academic journals, including International Studies Quarterly, the Journal of Common Market Studies, European Union Politics, and the European Journal of International Relations. He is the author of The Politics of IMF Lending, (Palgrave Macmillan, 2013) and a co-author of Resilient Reporting: Media Coverage of Irish Elections Since 1969, (Manchester University Press, 2019). He is the recipient of awards from the Irish Research Council and the Political Studies Association of Ireland and is a Senior Fellow of the Higher Education Academy.

He is Co-Director of DCU’s Anti-Corruption Research Centre (ARC) and the Irish Local Research Correspondent on Corruption for the European Commission's DG Home Affairs. He is a member of Transparency International's expert advisory network. He has held visiting fellowships at the European University Institute and the University of Warwick. From 2016-18, he completed a two-year term as a member of the Royal Irish Academy's International Affairs Committee. He was a board member and then Secretary of the Political Studies Association of Ireland (2013-5). He has managed and developed several academic programmes at DCU, including the MA in European Law and Policy (2017-2019) and BSc in Global Challenges (2021-2023).

I am currently developing two strands of research.

The second strand of my research focuses on the political economy of corruption. To advance this strand, I co-founded and co-direct DCU’s Anti-Corruption Research Centre (ARC) with Dr. Robert Gillanders of DCU’s Business School. ARC’s mission is to advance knowledge on the causes and consequences of corruption and support the development of new anti-corruption policies and initiatives. As part of ARC's work and my own personal research, I have completed several new projects on corruption in public life, including projects focused on water governance, natural disasters, regulation, gender, economic reform, and press freedom. I also advise the European Commission on corruption-related developments in Ireland.