Dr. Sweetman’s title was, ‘Exploring Adult Religious Education and Faith Development in Ireland’ and this provided an opportunity for the many attendees in their different contexts to discuss both the similarities and differences in terms of religious education for adults.  Her paper began with a general introduction into the genesis of the AREFD project which is now in its second year at the MDCCE.  Dr. Sweetman then provided some initial findings of the Catholic respondents’ data from the online survey conducted in Ireland in May 2019.

The international gathering was fascinated to hear about efforts in Ireland to explore and reflect on the current provision for the religious education of adults in Ireland while also examining new opportunities. 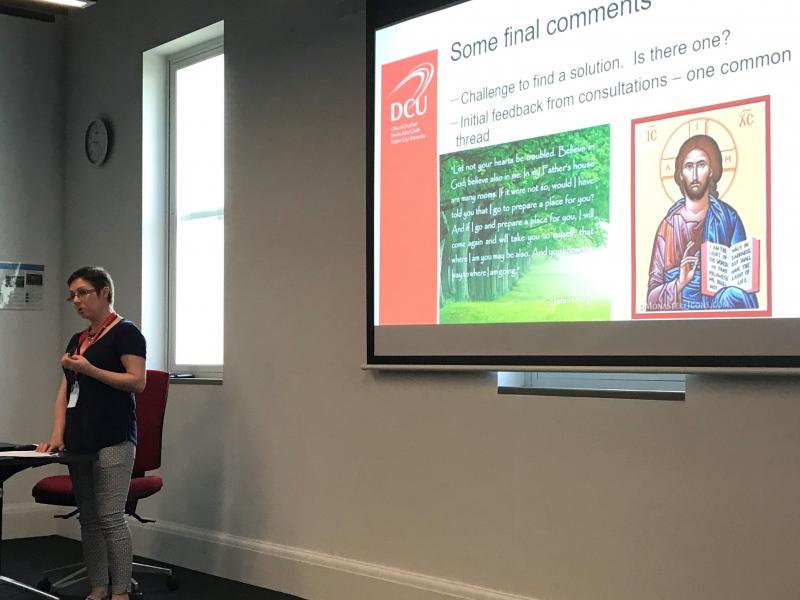