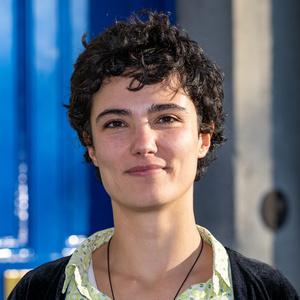 I am an Associate Professor in Politics and International Relations. I joined DCU in 2011, as an IRC postdoctoral fellow. I hold a PhD in History and Social Sciences from Siena U and an MA in Political Science and IR from Turin U. I held previous positions at Milano Bicocca U, Turin U, the Catholic University of Milan, Ecole de Management de Normandie. I held visiting positions at Boğaziçi U, Laval U, University of Montreal (UdeM), Palermo U. I was awarded the 2018 Early-Career Researcher of the Year Prize by the Irish Research Council and in 2018, I received the DCU President's Award for Early-Career Researcher. In 2018, I was a TED talk speaker for Trinity College Dublin. My talk was titled What's wrong with solidarity.
My research interests focus on the government of societies and polities in the Middle East and North Africa from a comparative perspective; and on social and political mobilisations. I am in the process of developing a new project on sexual politics and technology in the region and I am part of the EROSS research group. I authored numerous scientific as well as non-academic publications on these topics, published in several languages (Persian, English, French, Spanish, Italian). I carried out extensive field research in the region.

To learn more about my research, you can watch some book talks/conversations in English and Italian at Princeton U, Johns Hopkins' SAIS, among my recorded interventions. I also worked and published on the topics of precarity in academia and academic freedom both in the Middle East and North Africa, and in the EU and US. I am also involved in non-academic reaching-out activities, engaging both the media and public speaking.

As an academic and an intellectual, I contribute to public discussions about controversial issues. I am involved in a number of initiatives of cultural organisation, in both the academic and non-academic world. I am a member of the Advisory board of the Cambridge Centre for Palestine Studies and I serve as the representative for Scholars at Risk at DCU. I am a member council of the British Society for Middle Eastern Studies and a co-founding member of the Irish Network for MENA Studies. I am a member of the Mentorship Committee of the Association for Iranian Studies. I am an Associate Editor at the journal of Iranian Studies, and the journal Participazione e conflitto.

In the past, my research was funded by the Irish Research Council, the European Union, Gerda Henkel Foundation and Giovanni Goria Foundation. I was the General Secretary of the Italian Society for Middle Eastern Studies (SeSaMO) between 2013 and 2016. Before joining DCU, I worked in the field of NGOs and asylum-seekers assistance.