Skip to main content
School of Theology, Philosophy, and Music 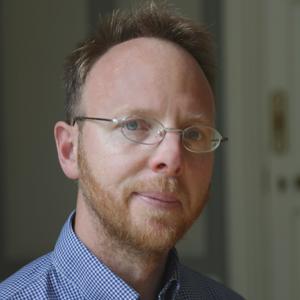 Dr Peter Admirand's most recently published book is Seeking Common Ground: A Theist/Atheist Dialogue, co-written with philosopher Andrew Fiala (2021). Humbling Faith: Brokenness, Doubt, Dialogue—What Unites Atheists, Theists, and Nontheists, published in 2019, is also available as an audiobook. Amidst Mass Atrocity and the Rubble of  Theology (2012) is his book on theodicy and witness testimony, and he is editor of Loss  and Hope: Global, Interreligious, and Interdisciplinary Perspectives (2014; paperback 2015). He is a (tenured) Assistant Professor in Theology and the Director of the  Centre  for Interreligious Dialogue. He also serves as the School's Faculty Research Convenor and is the Christian Co-Chair of the  Irish Council of Christians and Jews. Dr Admirand's next book is Ethics, Destruction, and Intergalactic Love:

Exploring Y: The Last Man and Saga. It will be published by Routledge in their book series, Routledge Advances in Comics Studies.

He has a Ph.D. from Trinity College Dublin; a M.A. in Theology (Ethics) from Boston College; a M.A. in British and  American  Literature from Georgetown University; and a B.A. in English from The  Catholic  University of America. Previously  he served as an Interim Programme Coordinator for the M.Phil in  Ecumenics Programme at the Irish School of  Ecumenics and lectured in peace studies, ethics, and interfaith dialogue. He also was an adjunct lecturer in English  Departments at Pratt Institute, Queen’s College (CUNY), York College (CUNY), St  John’s University, and Lasell College. He was in the Jesuit Volunteer Corps in  California in 1998-1999.

His publications and research interests are in  the areas of interreligious dialogue (especially Jewish-Christian dialogue and atheist-theist dialogue); post-Shoah Christianity;  religion and literature (including comic studies and science fiction);  testimonies of  mass atrocity;  liberation theology; forgiveness, justice, and the unforgivable; theodicy; war and peace; and the representation of God  and theological themes in literature.

Originally from New York, he moved to Ireland with  his family in 2004. Aside from work and enjoying life with his wife and 5 kids,  Dr Admirand likes playing soccer and basketball, travelling, jogging with his German Shorthaired pointers, Sally and Neo (while listening to audiobooks), and…it can’t be denied, playing PS5  games and still reading the old comic book or two. He welcomes PhD  inquiries  and conference and media requests.